Mr. Hitt continues, “They are correct on this point in that it is ‘more’ beneficial to hold investments such as real estate in an IRA than it is to hold investments such as stocks in an IRA. Still I think the further point here is not what Mr. Romney chose to invest in with his IRA but rather the investment vehicle that he selected. A Roth IRA would have caused him taxable consequences up front but then would have allowed him unlimited tax free gains within his Roth IRA thereafter, which he could draw without taxation when he becomes eligible.”

A further point within the article states that investing in an IRA and or 401k doesn’t work with limited resources.

Mr. Hitt strongly disagrees stating “I have seen countless examples of clients that started out with very small self-directed IRAs and then, through their determination, careful research, and due diligence, grew those accounts to substantial amounts. The amount you start with isn’t important; anyone can be successful with a self-directed retirement account. What is important is that they have the drive to succeed and the willingness to invest in areas they know well or the willingness to bring in experts (i.e. accountants, tax advisors, financial advisors) when they are investing in an area they are not familiar with.

“Saying that ‘limited resources’ is a determining factor in any realm of life is a major mistake. Anyone with the determination to succeed can succeed. Think of Oprah Winfrey for example…what if someone had told her that her limited resources meant she couldn’t do anything with her life? On second thought, perhaps someone did, perhaps many people did, but she pushed forward and she became successful.”

Finally, the article mentioned that ‘Romney’s IRA is valued between $20.7 million and $101.6 million according to The Wall Street Journal.’

Mr. Hitt concludes, “Given the annual contribution limits one has to reason that Mr. Romney has experienced extraordinary gains within his IRA, no argument there. No one can say with certainty what type of investments netted him those gains. While TimeMoneyland cites that he must have invested in stocks and other high-yield investments, the truth of the matter is that I have watched clients experience a very high return on real estate investments many times over. It is entirely possible that Mr. Romney did invest in some lucrative real estate or other high-tax investments within his IRA. 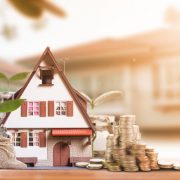 American IRA Thanks Alan Cowgill For Excellent 'How To Get All The Money You Need To Buy Property' Seminar And Thanks Host Robert Woodruff, Charleston REIA President.

Flipping Houses in an IRA

What Real Estate Investors Need to Know About Self-Directed IRAs

American IRA, a National Provider of Self-Directed Real Estate IRAs, Celebrates the Success of Yet Another Client on a 'Fix and Flip' Real Estate Purchase