What you have heard about assignment of a contract…

One of the misconceptions about Self-Directed IRAs as it relates to investing in real estate is that it is so different from what you would do in your own world. The truth is that you can do this within a Self-Directed IRA just the same as you can do it outside an IRA.

One day, our client, David G., said “Can I do assignment of a contract with my Self-Directed IRA funds?”, and we said “Of course, it’s like any other transaction.” David decided to go back to using some wholesaling techniques that he uses on an ongoing basis.

Assignment of a Contract – The Purchase

The contract purchase price for this particular property was $157,500. The deposit or binder, depending on what you call it, was $500. David G. entered into a partnership with a new partner for 50% interest. This time the partner was a Solo 401(k), also one of our clients, but nevertheless it was a Solo 401(k).

David G. aggressively marketed the property to retail and wholesale buyers. Because he did do his homework, he did get a good deal. He and another wholesaler agreed on a price of $176,500 and paid in cash to facilitate the double closing.

The wholesaler immediately sold the property to a builder. The builder brought the cash in and it was utilized to pay off the original seller of the property that closed using very short-term – meaning five-minute seller financing.  The cash came in from the new transaction as the down payment and paid off the seller’s note, and they recorded all the deeds at the same time.

That same day, the builder closed for cash, which allowed David G’s self-directed Roth to cash out for $9,500.

Assignment of a Contract – The Results

Assignment of a Contract – Sizing Up the Competition

David G. had no competition in this deal. He was the only one negotiating with the seller because he found the property, he built rapport, and when the seller was ready to go, David G. was the person who got the opportunity. 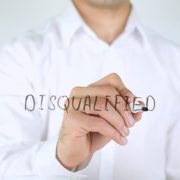 Using a Self-Directed IRA to Invest in Private Businesses 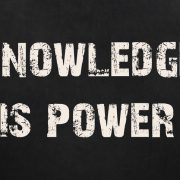 What if You Have Chosen the Wrong Self-Directed IRA Account Type?

What Is A Self-Directed IRA?

Disqualified Persons: Who Can't I Transact with in a Self-Directed IRA

Finding Investments for Your Self-Directed IRA