A relatively recent development in social media is opening the door to a vast number of new potential investments for those who use Self-Directed IRAs: Crowdfunding.

Crowdfunding is the practice of raising funds for a project or investment by aggregating the contributions of a wide number of people via the Internet. The process frequently bypasses the traditional methods of equity raising – including Wall Street investment bankers, who are often prohibitively expensive. The Internet, thanks to websites like GoFundMe and Kickstarter, are also making it possible to raise capital for relatively small projects, or efficiently make use of relatively small contributions. It’s also making it much easier for individuals and small groups to fund startups with very limited capital of their own.

For those who are ready to look beyond the traditional stock, bond, CD and annuity investments usually found in IRAs, the emerging crowdfunding space promises to be a rich environment for those who choose to use Self-Directed IRAs – provided you are willing to take on the risk of investing in these smaller, unregistered ventures.

According to a recent report published by HealthiosXchange – a crowdfunding site specializing in health care-related investments – “Equity crowdfunding (“portals”) which leverage the Internet/Social Media to raise smaller amounts of capital per investor from larger groups of investors, is perfectly equipped to assist Self-Directed IRA investors with achieving attractive returns in private equity.”

For those who want to play on a larger scale, you may want to consider sites like Offerboard, AngelList and CircleUp – all sites that look to occupy the space traditionally served by “angel investors,” private equity and/or venture capitalist funds. These sites allow smaller ventures to bypass the usual gatekeepers of capital and appeal directly to the investment community – without the usual fees the gatekeepers charge.

As regular readers know, Self-Directed IRAs allow investors to direct retirement assets into a much wider and more diverse selection of assets and asset classes than are typically available via traditional investment company-sold IRAs. The same holds true for other kinds of retirement accounts as well, including Self-Directed Solo 401(k)s, SEPs, SIMPLEs, and even Coverdell ESAs.

In some ways, these kinds of investments suit retirement accounts very well: Both retirement account investing and venture capital/angel investing usually have time horizons of several years. This matches up well with Roth account rules for Self-Directed IRAs and Self-Directed 401(k) “designated Roth accounts” that penalize withdrawal after anything less than five years.

Furthermore, these types of crowdfunding websites usually offer investment options at below $5,000 – specifically calibrated to make them friendly to Self-Directed IRA investors. This is a major change from the previous customary arrangement, in which angel investors had to be in a position to pony up at least $35,000 and even $50,000 in order to participate in an investment.

This is doubly important for Self-Directed IRA investors because of the extreme riskiness of any one of these types of startup endeavors. In the angel investing/ venture capital world, expected returns for the entire asset class are generally pretty high – over time. But the likelihood of any individual company flaming out for any number of reasons is also very high. If nothing else, crowdfunding sites have made it possible for startups and venture funds to lower their minimum investments. This alone is a game changer, because where before the investor with just $35,000 to invest could participate in just one offering, he or she can now participate in as many as six or seven.

If you’re tired of the lackluster returns available via traditional asset classes and you are open to making some changes in your retirement investing, or simply want to learn what self-direction is all about, give us a call at 1-866-7500-IRA(472). Or, of course, visit our home page at www.AmericanIRA.com. We look forward to hearing from you. 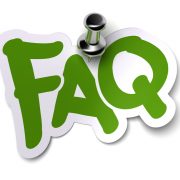 Steps to Building a Dynamic Retirement Portfolio Through Self-Directed IRAs 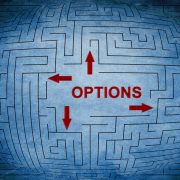 Who is a Beneficiary within a Self-Directed IRA?

How is a Self-Directed IRA Taxed?

The Significance of Age 70 ½ On Your Self-Directed IRA

The Hunt For Dividends May Drive Demand for Self-Directed IRAs

FAQs About Choosing a Self-Directed IRA

Schedule a CallOur Story
Residential Rental Securitization – An Up and Coming Asset Class for Inve... The Case for “Real Assets” Inside a Self-Directed IRA
CLAIM YOUR 7 FREE SELF-DIRECTED IRA GUIDESDOWNLOAD NOW
+ +
Download Our Essential Guide to Self-Directed IRAs!