When most people think of Self-Directed IRAs, it’s usually in the five-to-six figure range.

Maybe some of the more successful investors in conventional IRAs – spending a career contributing the maximum to IRAs and investing in a mix of index funds and bonds may accumulate seven figures, with a bit of luck and discipline. Season to taste with the cumulative effects of rollovers from 401(k)s and the like. It’s certainly a huge component of retirement wealth for the middle class, and the concept has served most ordinary savers quite well over the years – though we would like to see much higher income and contribution limits to encourage even more saving and long-term investment.

But there are a few individuals out there who have managed to transcend the ordinary within their Self-Directed IRAs – to the extent that it’s actually capturing the attention of Congress.

According to Internal Revenue Service Data, there are actually hundreds of taxpayers out there who have managed to accumulate more than $25 million each within their tax-deferred IRAs. (That’s not counting the Roth IRA accounts!)

The Government Accounting Office estimates that these 314 individuals own about $81 billion in assets – resulting in an average balance within these very successful IRA accounts of around $258 million, each.

The topic came to public attention in 2012, during the presidential candidacy of Mitt Romney, himself an extremely successful private equity investor and manager, who holds a sizeable IRA account, some of which in invested offshore.

What do we know about this group of IRA elites?

Not too much. If they’re not our clients, it’s none of our business. And if they are our clients, we don’t discuss their business publicly, anyway. Nor does any other reputable administrator or custodian. But we can guarantee you – they didn’t accomplish these extraordinary results with ordinary investments.

Mitt Romney accumulated somewhere between $21 million and $100 million in his own retirement accounts while he was at Bain Capital. He didn’t do this by buying the latest ‘hot tip’ from a neighborhood financial advisor getting direction from the sell-side analysts at the home office. And he didn’t do it by sticking with the indexes, either. Instead, he did it by concentrating his investments in what Warren Buffett calls his “circle of competence.” Romney understands private equity and early growth stage companies extremely well – and was able to amass significant wealth by using self-directed IRAs to carefully pick and choose the best investments even among stocks that were not publicly traded.

This kind of experience and know how isn’t something you’re going to get reading blogs and newspapers. Romney spent a career up to his elbows in early stage companies, analyzing their performance and prospects and trying to get value out of them – and he put his money alongside his firm’s clients.

Romney’s level of expertise isn’t unique, though. Many people have solid understandings of local real estate, farming and ranching, a small business or trade, the local investment and business community, and other dynamics that enable them to create returns on invested capital that are much, much greater than those likely to be available on the major exchanges.

Now, Romney had terrific opportunities and made the most of them – and no doubt had his share of blow-ups too, along the way. That’s likely true of anyone who had fantastic results – they took some risks along the way.

Whatever you think of Romney politically, I think most people can agree that the man is a pretty good investor.

Self-Directed IRAs and You

Can you replicate his results? Probably not. But you have a fighting chance of beating the markets by a substantial margin – or sidestepping some risks that stand to clobber everyone else, by taking a page out of Romney’s book and focusing on what you do best.

That could be real estate, gold coins, precious metals, running a small business, private equity, or whatever it is. It doesn’t matter – what matters is that it is in your own personal circle of competence, and you have a tradeable, investable advantage due to your experience, education and temperament that’s a cut above the average investor.

If this is you, we’d like to speak with you.

Self-Directed IRA Transfers and Rollovers are not the Same Things

Portfolio Diversification: What Assets Should You Keep in Your Self-Directed IRA? 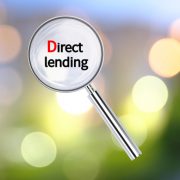 Self-Directed IRA and the ‘Backdoor Roth’

How To Maximize Tax-Free Retirement Income