A lot of our Self-Directed IRA clients are very successful. They are attracted to the Self-Directed IRA precisely because they have achieved success and specialized knowledge in specific industries. Many, if not most of them, are professionals or own their own companies.

Self-Directed IRA investors tend to be a special breed of investor: They didn’t get where they are because they don’t like to work.

If that describes you, we have some good news: People who stay in the work force even one year later than people who retire as soon as they can get a Social Security check have lower mortality rates than those who don’t.

That’s according to a recent study from the Journal of Epidemiology and Community Health.

Now, the obvious criticism, at least on the surface, is this: Of course they do, because healthy people can work longer. Sick people self-select to retire as soon as eligible because they have to.

But if that criticism is so obvious that we could think of it, it was obvious enough for the study’s authors to think of it as well. And so they took steps to control for health factors.

Even then, the message is clear: Even accounting for the tendency of sick people to retire or leave the work force at an earlier age, people who retired later tended to have much lower mortality rates than individuals who retired at the first opportunity.

Specifically, over the period studied, researchers found that working into retirement years improved mortality by 11 percent for healthy people and 9 percent of unhealthy people. That is, on average, people who were working were about 11 percent less likely to die in a given year if they were healthy, and 9 percent less likely to die if they were unhealthy.

This comports well with another recent study finding that people engaged in ‘meaningful work’ enjoyed a number of health benefits compared to those who did not.

The health effects were roughly equivalent to those that would be gained from exercising three days per week.

So good news for workaholics: If you can manage the stress, so that you don’t have a stressed induced hypertension or stress-related cardio issue, you may well be able to live a longer, healthier life than your couch potato peers.

If you’re one of those investors who likes to work, and you’re interested in Self-Directed IRA investing, we’d like to work with you. Call us today at 866-7500-IRA(472) for a no-obligation consultation. Or visit us online at www.americanira.com

Thank you very much for your time. We look forward to working with you. 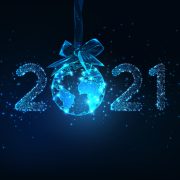 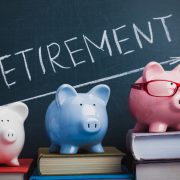 Buying a Business With Your Self-Directed IRA

How To Supercharge Your Self-Directed IRA

Should a Self-Directed IRA Investor Invest in Bonds?