There’s no way around it: Taxes are a drag on retirement savings efforts. Any taxes you pay represent money that you can’t use for your own support during your retirement years. Self-Directed IRA owners, like anyone else, should be vigilant about paying needless taxes and penalties. However, they should not go so far as to let the tax ramifications of an investment decision drive the whole train. “Don’t let the tax tail wag the investment dog,” the saying goes.

So Self-Directed IRA owners should certainly look to hold the investments, or combination of investments that generates the highest risk-adjusted expected returns possible, while hedging against unknowns. But there are still ways to trim the tax bill on the margins.

If your income is lower, though, and you expect you will have to spend most of your available income, then sales tax may be the bigger threat. States with no sales tax at the state level include Delaware, Montana, Oregon and New Hampshire. High sales tax states include Tennessee, Arkansas, Alabama, Louisiana and Washington, according to information from The Tax Foundation.

American IRA, LLC, based in Charlotte and Asheville, North Carolina, is among America’s leading experts in IRA administration, with a particular focus on Self-Directed IRAs. For a free, no-obligation consultation and complementary review, or for more information, call us today at 866-7500-IRA(472) 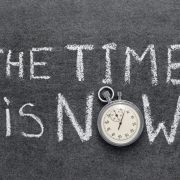