William Gross, the former head of PIMCO’s bond investment desk, former manager of the PIMCO Total Return Fund, the biggest bond mutual fund on the planet, is a giant in the bond world. And he’s all but saying the time is right for the Self-Directed IRA.

In his latest column for Janus Capital, a Denver-based investment company for whom he now works after parting company with PIMCO, Gross explains that central banks have quashed yields on bonds all around the world, sending interest rates to all-time lows. In some markets, interest rates are actually negative: People have to pay borrowers, in effect, for the privilege of having a relatively predictable place to invest their money.

The result, of course, is inflation in other asset prices, especially equities. And that is what we seem to be seeing, as stocks in the S&P 500, Dow Jones Industrial Average and the Nasdaq all knock about their all time record highs at press time.

But when you try to jumpstart your economy by holding interest rates at rock bottom levels, Gross explains, you effectively disincentivize saving. “Can capitalism function efficiently at the zero bound? No,” Gross explains. “Low interest rates may raise asset prices, but they destroy savings and liability-based business models in the process. Banks, insurance companies, pension funds and Mom and Pop on Main Street are stripped of their ability to pay future debts and retirement benefits. Central banks seem oblivious to this dark side of low interest rates. If maintained for too long, the economy itself is affected as expected income fails to materialize and investment stagnates.”

Gross later goes on to build the case for alternative investment strategies – the kind of tangibility-based strategies for which a Self-Directed IRA is particularly well suited:

“In this high risk/low return world, the obvious answer is to reduce risk and accept lower than historical returns. But don’t you have to put your money somewhere? Yes, of course, except markets offer little in the way of double-digit returns. Negative returns and principal losses in many asset categories are increasingly possible unless nominal growth rates reach acceptable levels. I don’t like bonds; I don’t like most stocks; I don’t like private equity. Real assets such as land, gold, and tangible plant and equipment at a discount are favored asset categories.”

Gross, being a mutual fund kind of guy, states he keeps much of his own wealth in Janus Unconstrained Strategies. The Janus Global Unconstrained Bond Fund is an unconstrained fund that has the flexibility to invest across global fixed income markets and is not managed to be compared to any specific index.

Well, he would mention Unconstrained Strategies, as he gets a big piece of the hefty expense ratios in the Unconstrained Bond fund, which he manages – now solo, after his very able co-manager Kumar Palghat left the fund for another assignment.

But for all of William Gross’s investment knowledge – and we acknowledge he is one of the very best in the world at what he does – the individual Self-Directed IRA investor has one huge advantage over anything Gross does: Nimbleness.

The Janus Unconstrained Strategies Bond Fund, managed by Gross, has $1.51 billion in assets under management. That means Gross, and other managers of large mutual funds like him, must confine his investments to opportunities that can absorb tens of millions of dollars at a pop.

Meanwhile, the fund also carries an expense ratio of 1.07 percent for Class “A” shares

But the distribution yield at NAV as of the end of July is just 3.76 percent. The expense ratio is more than 25 percent of the expected return of every bond in the portfolio if held to maturity. That’s a big hurdle for a fund to overcome – even one run by the very capable William Gross.

If you want exposure to off-the-beaten path investments and real estate, a Self-Directed IRA, with direct ownership of real estate or direct private lending at above-market interest rates may be the way to go. Individual investors, including Self-Directed IRA enthusiasts who understand their own niche markets may well be able to exploit inefficiencies that exist below the radar of big mutual fund companies, and get market beating returns, while simultaneously diversifying away from inflated equity prices and overpriced bond issues.

For more information, call us at 866-7500-IRA. We can help you set up an account and position your retirement investing to emphasize Gross’s favored asset classes: “Real assets such as land, gold, and tangible plant and equipment at a discount.”

A Special Benefit for Taxpayers Aged 50 or Older: Catch-Up Contributions and Your Self-Directed IRA 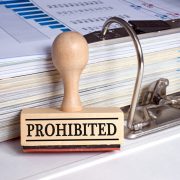 Why Consider Gold, Silver and other Precious Metals for a Self-Directed IRA?

Getting Started with a Self-Directed IRA