If you’ve been thinking of moving retirement assets from stocks into a Self-Directed IRA, or increasing your exposure within a Self-Directed IRA to alternative investment classes, it looks like it would be a good idea to do it sooner rather than later.

Although the broad U.S. stock indexes, such as the S&P 500 have been surging to new highs all year long, it’s looking like the 8 year long rally could be running out of steam. A consensus of analysts on Wall Street is now expecting a contraction of earnings in the 3rd quarter of 2016. That’s a far cry from last summer’s outlook, when analysts were banking on earnings increases averaging 2.3 percent across the U.S. equity markets.

In truth though, the earnings drought isn’t even new, and it’s not starting with the 3rd quarter. According to the Wall Street Journal, the profit recession is actually a year and a half old.

But even as earnings have been falling off the table, stock prices have been going up – making shares of large-cap U.S. stocks as expensive as they’ve been since the collapse of the Internet bubble in 2000.

U.S. stocks are now trading at around 25 times earnings. That is, if you bought a share today, it would take 25 years at today’s earnings level just to break even.

This only makes sense in rapidly growing businesses. But economic growth in the U.S. has been contracting lately, not expanding. Annualized GDP growth for the last four quarters has been 2 percent, 0.9 percent, 0.8 percent and 1.4 percent. That doesn’t even cover population expansion, which is roughly 2-3 percent per year.

So stocks have had a nice run – but at present we’re not seeing much of an engine that’s going to drive the stock market toward future appreciation. But the Wall Street firms and their sell-side analysts and brokers will be happy to push stocks until the retail investor is crushed into oblivion. We saw it last time with massive conflicts of interest leading Wall Street brokerage houses to slap “buy” ratings on stocks they knew were dogs so their preferred institutional investors and cronies wouldn’t get caught holding the bag and could continue selling to individual retail investors – just like you.

There’s a better way: Declare independence from Wall Street investment firms, and take personal control of your retirement assets via Self-Directed IRA and 401(k) strategies. Look carefully at asset classes that are not highly correlated to the U.S. stock market, and research these ideas carefully. Pay particular attention to safety of capital, and to the ownership, ultimately, of hard assets and assets that don’t lose their value in down economies and are resistant to stock market declines.

Self-Directed IRA owners, for example, are able to invest readily in these representative assets: 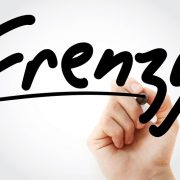 Disqualified Persons: Who Can't I Transact with in a Self-Directed IRA

Is a Self-Directed IRA Good in a Stock Frenzy?

Opportunity for Self-Directed IRAs as Investors Dial Down Risk