If you’re considering owning an interest in a limited liability company, or LLC, within a Self-Directed IRA or 401(k), you’ll need to make sure your operating agreement is up to snuff and compliant with Self-Directed IRA rules.

Your operating agreement defines the ground rules by which you and your fellow owners will run the LLC. It governs the way dividend income and capital withdrawals will be allocated, who has decision-making authority, and how contributed capital will be credited to the various owners. The presence of an LLC within a Self-Directed IRA, 401(k), SEP, or SIMPLE IRA imposes a number of other requirements on your LLC operating agreement as well:

The LLC cannot pay salary, fees or wages directly to anyone who is an owner of the Self-Directed IRA, nor to anyone who is a disqualified person. These include a Self-Directed IRA owner’s spouse, children, grandchildren, parents, grandparents or those of the spouse, as well as advisors who work with them directly on the IRA in a fiduciary capacity. They also include entities such as corporations owned by any of these people.

The LLC operating agreement must also contain language prohibiting the LLC from investing directly in prohibited investments. IRA and 401(k) laws prohibit these and related accounts from investing in life insurance, gems, jewelry, collectibles, alcoholic beverages and certain types of precious metal coins and bullion of inconsistent or insufficient purity.

You must also include language defining what happens if your LLC has income or capital gains attributable to borrowed money from outside the IRA, which is taxable as unrelated business income tax or unrelated debt financed income tax.

Additionally, your operating agreement must have language that defines what happens to the interest of the LLC owner/owners in the event of death.

There are a number of sample LLC operating agreements circulating the internet, but it’s important to have your own agreement crafted by a skilled attorney licensed in your state. LLCs held in whole or in part by IRAs and other retirement accounts must have provisions that are specific to these accounts. If you are running an LLC within your Self-Directed IRA or other retirement account and you don’t have a formal written operating agreement, or if your operating agreement does not contain the required language dictating compliance with Self-Directed IRA rules governing prohibited investments and disqualified parties, the IRS could disallow your entire IRA. This would mean you will have to take an immediate distribution of the entire account, and pay federal and state income taxes and penalties on the whole thing. If your IRA is large, it could push you into a much higher tax bracket, and have very damaging long-term effects on your wealth and financial security.

Meanwhile, you may have lawyer’s fees and other penalties on top of that.

50-Somethings: Is Your Retirement Saving Behind Schedule? 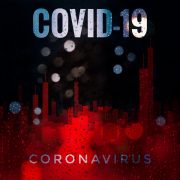 Should Self-Directed IRA Investors Be Concerned About the Coronavirus?

Can I Invest in Classic Cars In My Self-Directed IRA?

Steps to Building a Dynamic Retirement Portfolio Through Self-Directed IRAs