Real Estate IRA owners and other landlords should pay close attention to a tragic incident that occurred in the Florida Keys.

Ryan Wilder, a landlord from Winter Springs, Florida, is sitting in jail today on 1st degree murder charges, accused of killing his tenant in a dispute at the property. According to local news reports, Ryan Wilder was visiting a property his parents owned in Duck Key, Florida, an island in the lower Keys when the incident occurred. The tenants, Kenneth Palicki, 47, and Colleen Lyons, 25, had been served an eviction notice requiring them to vacate the property by August 23rd, just a few days away.

At some point while Lyons was on the phone to the Sherriff’s Deputy, Wilder shot Palicki four times: Once in his left forearm, once in his back, once in his neck and once in his upper thigh. Wilder then fled the scene in his vehicle, according to reports.

However, there’s only one highway going out of Duck Key. Lyons was able to give a good description of the truck, since the incident happened during broad daylight. Wilder was pulled over and arrested just a short distance away.

Palicki was pronounced dead at Fisherman’s Community Hospital soon after arriving there.

Local reports say that Wilder told his girlfriend, who was in the truck the whole time, that he shot Palicki in self-defense.

If you’re in the landlording business long enough – and you will be if you’re a serious Real Estate IRA investor – eventually you’re going to have to evict a tenant. When you do so, there are specific procedures you have to follow. Specifics vary by state, but no state allows landlords to ‘short-circuit’ the process by taking it upon themselves to remove a tenant’s property before they have been formally and legally removed from the property, or before it is apparent under state law that the property has been abandoned and the landlord has made all efforts to notify the tenant that they intend to remove their belongings.

There are legitimate reasons for a landlord or landlord’s representative to enter a rented home, but except in emergency situations, most states require the landlord to provide reasonable notice to the tenant, in writing. In Florida, the required notice is 12 hours, and the rules are the same for Real Estate IRA investors as they are for conventional landlords. (Many of our Real Estate IRA readers are local to North Carolina. If you’re curious, North Carolina has no statute on required notice to enter, but North Carolina landlords cannot unilaterally remove the property of a tenant who has not been formally evicted).

Things don’t look good for Wilder, who was not acting within his rights in removing tenant property from the unit. In other circumstances, he may have a claim to self-defense. But considering he was breaking and entering and removing the tenant’s property, and confronted the tenant where he had a legal right to be, it’s going to be very much an uphill battle for him.

Don’t be that landlord. If you are evicting a tenant, obey these principles:

In this case, the incident is extra tragic because had Wilders just waited a few days, the tenants would have been removed from the property legally by the Sherriff’s deputy (in practice, the vast majority of evicted tenants move out before the Sherriff shows up.) Palicki would still be alive, Lyons would still have her boyfriend to help her find a new place (and pool incomes), and Wilder would not be facing life in prison. 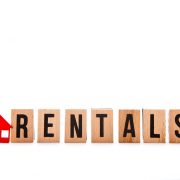 Getting Started in a Real Estate IRA