There’s an old saying: no one should mix business with pleasure. To some, that means keeping a distinct boundary between one’s finances and one’s personal relationships. But to others, the beauty of being wealthy is having someone to share that wealth with. But let’s dig a little deeper here and get into specifics: just how should the owner of a Self-Directed IRA handle their investments? Should friends ever get involved? Should friends even know about it?

When It Works: The Self-Directed IRA for Community Benefit

When people hear the “self” in “Self-Directed IRA,” they often assume that it’s shorthand for the word “selfish.”

A Self-Directed IRA just means that the investor who holds it has a great degree of control over what ends up in their retirement account. Though there are restrictions on the types of investments that can be held in an IRA, there are plenty of asset types for investors to choose from.

In fact, some investors use this very strategy for purposes that sometimes benefit their community. The New York Times recounts the story of William C. Brown, who helped out a friend with an investment that, while it didn’t necessarily give him the returns he could have hoped for in other places, ended up being very beneficial to those around him.

The key here: Brown was a tax expert who knew exactly what boundaries are placed on the IRA. That means he wasn’t doing it to give a “sweetheart” deal to a friend. Instead, Brown used the funds within an IRA to make a prudent investment within the bounds of the regulations on the books. Brown, a sophisticated investor, was able to structure the deal so that his Self-Directed IRA was well-protected.

When Investing Based on Friendships Goes Wrong

That isn’t to say that every investment meant to benefit someone else as well as the investment holder will always work out. Anyone who’s ever given out a loan to a friend—only to watch that friend dodge them for the next few years—knows that there are inherent risks in mixing business and friendship. For some, the best way to invest in a Self-Directed IRA is to keep professional relationships strictly professional. Others, like Brown, know the rules well enough that they can find common sense investments and involve friends in a safe and legal way.

Where should you fall on this spectrum? The answer isn’t so simple. “It depends” is probably the most accurate way to go here.

For example, don’t invest with friends if you…

Why? Because if you’re inexperienced with these types of investments, it’s better to get your own feet wet before you spend your hard-earned money on the investments of friends.

After all, what “friend” is really a friend if they look at you as a walking ATM?

Learning Your Way Through Self-Directed IRAs

The better way to go about learning Self-Directed IRAs is to start small. Learn the rules and regulations first. Understand what you can and cannot do. As you get more sophisticated in your investments, you may one day be able to make an investment that benefits a community, just as Brown’s did. But it’s important to be careful. You know what they said about those who play with fire.

Most importantly, work with a reputable Self-Directed IRA administrator. If you want to know more, keep reading our blog here at www.AmericanIRA.com or call 866-7500-IRA. 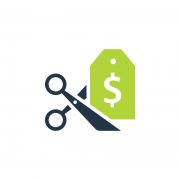 Minimize Your Tax Bill When Selling a Highly Appreciated Home

Secured and Unsecured Promissory Notes in your Self-Directed IRA: What’s the Difference? 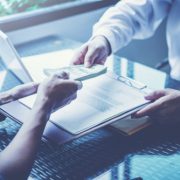 6 Tips for Taking Distributions from your Self-Directed IRA 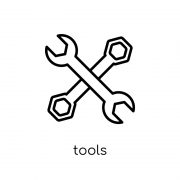