Admit it: you sometimes struggle with the concept of a Self-Directed IRA. It was hard enough to figure out an IRA where someone else was helping you a long, such as a 401(k) through your employer. And while there are a tremendous amount of rules and regulations with IRAs—and, hence, plenty of things for you to figure out when you self-direct—the truth is that the entire process is much more simple to break down than you might imagine.

That just leaves one question: how do you do it? Here are a few of our tips.

Forbes acknowledged the reality of the difficult-to-figure-out IRA recently. But what’s great about Forbes’ approach is that they were able to break it down into basic questions for your Self-Directed IRA:

These three questions do a good job of breaking down whether or not you’re following the rules—or planning on following them. And they’re simple enough that most people understand what the main issues are with Self-Directed IRAs. Even so, let’s see if we can break it down in even simpler terms so most investors can see just how accessible the strategy of a Self-Directed IRA truly is.

The Self-Directed IRA at its Most Basic

It’s that phrase “Self-Directed” that throws off many investors. We’re so used to seeing unfamiliar words in front of “IRA” that we think this means a completely new type of headache. But the truth is, all of your investments are self-directed. It’s your money, after all—you’re the one in charge of making the decisions. And that means that you’re self-directing your own retirement strategy, even if you have none at all.

Once you take that element out of the equation, you realize that a Self-Directed IRA is, at its heart, simply an IRA. You just use your own control over this IRA rather than outsource it to a fund manager’s. For example, if you buy real estate within your IRA, it’s your responsibility to seek out that real estate and secure the loan for your IRA, for example. Rather than trust someone else’s opinion entirely, you’re making investments based on what you see.

But there are plenty of prohibitions and restrictions that do deserve your attention. And therein lies the complexity of the Self-Directed IRA. Like fire, it’s a powerful tool when you know how to harness it. But if you don’t bother to learn, you might find yourself in need of someone who does know how to handle an IRA.

Help your own cause by working with a Self-Directed IRA administration firm. To find out more, call 866-7500-IRA or keep reading here at www.AmericanIRA.com. 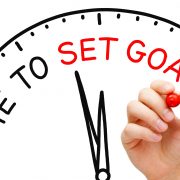 Real Estate in Recovery, but With Room to Run

Investor vs. Custodian/Administrator Responsibilities With a Self-Directed IRA 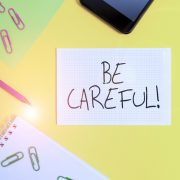