If you are a Self-Directed Real Estate IRA investor, it is not just tax laws governing retirement accounts you must worry about. There is a whole set of landlord-tenant laws you need to be aware of as well – and they can vary by jurisdiction.

For example, most Real Estate IRA investors have taken for granted that they will be able to run criminal background checks on applicants and screen out people with criminal histories. After all, these tenants pose a potential risk to neighbors, roommates and even potentially to the landlord.

That is not universally the case. For example, the city of Seattle made it illegal last year for property owners to decline to rent to applicants because of a criminal history. They made it a crime for landlords to even run a criminal background check.

The law, which the City Council passed unanimously last August, prohibits landlords from refusing to lease housing to individuals on the basis of their criminal history, except where the tenant is on a sexual offenders’ registry for a conviction received as an adult, and the landlord is able to provide a legitimate business reason for the discrimination.

The law also prohibits landlords from even asking about prior criminal records or creating blanket policies against renting to those with criminal histories or instructing their property managers and agents to turn down their applications. Advertisements with discriminatory language are also prohibited. Fines range from $10,000 for a first offense up to $55,000 for repeat offenders

This month, a group of small landlords affiliated with the Rental Housing Association of Washington is filing suit against the City of Seattle, arguing that the Fair Chance Housing Ordinance is unconstitutional. The RHA represents the interests of Real Estate IRA investors and those who own rental real estate directly, outside of retirement accounts. The Pacific Legal Foundation is providing legal representation.

The argument is that the ordinance is a violation of landlord free speech and due process rights. The Association also claims that the City Council.

The City states that they believe the ordinance in question is not unconstitutional and will defend it in court.

Until the Association prevails in the suit, the ban on discriminating against convicted criminals remains in force.

It is not just a Seattle issue: In 2016, the U.S. Department Housing and Urban Development began sending warning shots against landlords: ““A policy or practice that denies housing to anyone with a prior arrest or any kind of criminal conviction cannot be justified,” wrote HUD general counsel Helen Kanovsky for the U.S. Department of Housing and Urban Development (HUD).

The current HUD Administration seems to be friendlier to landlords, small businesses and investors.

It is a good idea for Self-Directed IRA investors to stay in close touch with an experienced landlord-tenant law attorney licensed in all states in which you own rental properties. Do not get blindsided by a law or ordinance you did not know about. Understand the law at the federal, state and municipal levels. And maintain adequate landlord insurance to protect you against problems.

For more information on Self-Directed IRAs, call us today at 866-7500-IRA (472). Or visit us at www.AmericanIRA.com and download our guide to Real Estate IRA investing.

A Guide to the Self-Directed IRA Real Estate Rules 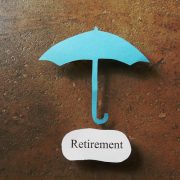 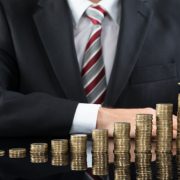 What Are You Expected NOT to Do in a Self-Directed Real Estate IRA?