Lots has been written on the advantages and disadvantages of Self-Directed Roth IRAs and Solo 401(K) accounts versus their traditional pre-tax counterparts. And no one knows for sure what tax rates will be in effect in five years, much less 25 years from now, when many of our Self-Directed IRA and Solo 401(K) owning clients will be drawing down their accounts in retirement.

Fortunately, it is not an ‘either/or’ proposition: You can have both! And given the uncertainty about future tax rates, it may be a very good idea to hold both types of accounts, side-by-side!

With Traditional IRA and 401(K) accounts, contributions are not included in your income, provided your income falls under the income limits in the case of Traditional IRAs. There are no income requirements in effect to qualify for pre-tax 401(K) contributions. However, even if your income is high, you can still contribute to a Traditional IRA on a non-deductible basis – up to $5,500 per year ($6,500 for those ages 50 and older). You will still get the benefit of tax deferral and substantial protection against creditors on non-inherited IRA assets.

Moreover, if the income limit for Traditional IRA is a problem for you, you may also be able to contribute to a simplified employee pension, or Self-Directed SEP IRA, depending on your circumstances. This may be a good option if you have self-employment income or if you own your own business and have no or few full-time employees.

All these options provide the benefit of pre-tax contributions and tax-deferred growth. They also support self-directed retirement investing techniques such as Self-Directed Real Estate IRAs, Self-Directed Gold IRAs and Self-Directed IRAs and other retirement accounts that hold alternative asset classes.

You pay income taxes as you take the money out in retirement, though non-hardship withdrawals and 72(t) withdrawals in substantially equal periodic payments are assessed a 10 percent excise tax penalty.

Furthermore, there is a limit to how long you can defer taxes on these accounts: You must begin taking money out not later than April 1st of the year after the year in which you turn age 70½, and make similar withdrawals thereafter, spread out over your actuarial life expectancy. These mandatory withdrawals are referred to as required minimum distributions, or RMDs. Call us for details, if you are not familiar with these.

Withdrawals in retirement are generally tax-free, however – and not subject to required minimum distributions. You can let these assets grow indefinitely.

If your employer contributes or matches, those matched funds are not taxable in the year contributed but will still grow tax-deferred. They will generally be taxed similarly to

Traditional 401(K) contributions – the tax-free treatment of withdrawals only applies to assets you contributed to a Roth 401(K) and growth attributable to those amounts.

Owning both kinds of retirement assets can help you diversify against legislative risk: The risk that future Congresses may impose a higher tax on income, or otherwise limit the benefits of retirement accounts.

It may benefit you to emphasize Roth accounts while you are younger and have not reached your peak earning years. As you get older and earn more and find yourself in a higher tax bracket, you may consider leaning towards traditional tax deferred accounts.

Meanwhile, when you own both Roth and traditional accounts together, you are less exposed to the risk that Congress may suddenly increase income taxes, leaving you with less after-tax retirement income from your Traditional IRA and 401(K) accounts. 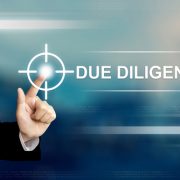 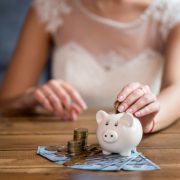 The Long-Term Cost of a Wedding

The Key Distinctions Between a Regular and a Self-Directed IRA 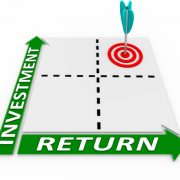 Which Investments Generate the Best Returns for a Self-Directed IRA?