The Department of Labor’s (DOL) controversial and short-lived fiduciary rule is now deceased, and, as expected, there are few mourners in the financial services industry. The rule, which was conceived by the Obama administration, went into effect on June 9, 2017, and officially flatlined on June 21, 2018, when the DOL failed to ask the Supreme Court to hear an appeal of a March appellate court ruling that voided the rule. The deadline for a petition was June 21st.  This has little effect on Self-Directed IRA investors because they choose their own investments.  It becomes important to all investors including Self-Directed IRA investors since a majority have investments in the stock market.

What was the fiduciary rule?

The rule compelled all investment professionals, who were offering advice on retirement accounts, to place their clients’ interests ahead of their own. Consumer advocates and groups such as AARP hailed the rule as a way of preventing financial representatives and brokers from foisting high-commission products on their clients. Critics, of which the U.S. Chamber of Commerce was one of the biggest, responded that the rule was overly burdensome, raised the costs of compliance, and made it too expensive for firms to carry some brokerage accounts.

The rule was on shaky ground after the election of President Trump, who has typically opposed financial regulations. Unsurprisingly, a mere two weeks into his presidency, he ordered a review of the rule, seeking “to determine whether it may adversely affect the ability of Americans to gain access to retirement information and financial advice.”

While the DOL’s fiduciary rule is gone, it does not mean that the idea of holding advisors accountable to retirement savers has vanished. The Securities and Exchange Commission (SEC) is looking into its own version of the fiduciary rule. Known as the best-interest rule, it is seen in the financial community as being less restrictive than the DOL rule. As such, it will probably generate complaints from congressional Democrats and consumer groups that it is too lenient. Here are some of the highlights of the SEC’s proposal:

The proposal’s 90-day public comment period ended on August 7th and now awaits an SEC vote to finalize it.

What about those firms who have already spent millions to comply with the DOL rule?

Wall Street spent time and money preparing to comply with the DOL’s fiduciary rule. Estimates for the total cost of preparation to banks and investment advisors ranged from $3 to $5 billion.

One industry giant, Merrill Lynch, was among several financial companies that started moving toward fee-based advisory models in response to the new Labor Department rule, and they continued moving forward with it even after President Trump ordered his review of the rule back in early 2017.

How those questions are answered is still uncertain. But one thing is for sure: The Department of Labor’s fiduciary rule is dead and gone.

Is Cryptocurrency or Gold the Better Retirement Investment for a Self-Directed IRA?

Prohibited Transactions and Disqualified Persons in a Self-Directed IRA 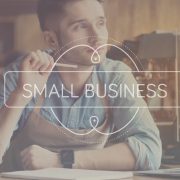 What Self-Directed IRAs Can a Small Business Use?

Self Directed IRA Services: Your Key to Financial Freedom

50-Somethings: Is Your Retirement Saving Behind Schedule?