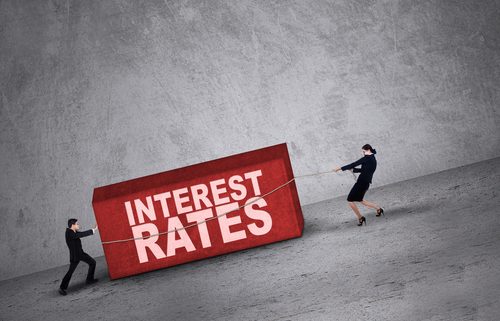 In a widely-anticipated development, the Federal Reserve elected to increase interest rates for the fourth time this year. Alan Greenspan advised investors to head for the proverbial hills, but the selloffs began well before the rate hike as traders built their assumptions around the increasing certainty of the hike, and around some reduced assumptions about economic growth rates thanks to the Federal Reserve tapping the brakes on the economy. Which turned out fine for alternative investment fans and Self-Directed IRA owners.

The yield curve is starting to writhe sideways, with three-year treasury yields exceeding the yields on five-year treasuries as of Monday, December 17th. An inverted yield curve is a traditional harbinger of a looming recession, though the sign is not terribly bearish until the 3-year rate gets higher than the 10-year rate, and we are not there yet. But the gap between short-term and long-term yields, fell to just 13 basis points between the two- and 10-year Treasury yields late last week – which creates a tough environment for banks and other lenders trying to make money, since that whole model requires them to pay low rates borrowing short so they can earn high rates long.

However, the decline in treasury rates all along the spectrum in recent days tells us that we are seeing a substantial migration of assets to perceived safety, as institutional investors move out of stocks and into historically less volatile assets – including assets that are frequently held by Self-Directed IRA investors: Mortgages, real estate assets and hedge funds.

The overall sentiment is one of increasing pessimism over prospects for economic growth. “The biggest theme developing is that you are going to have significantly weaker growth, near recession-level growth in 2019, based on our measures, and the markets are generally not pricing that in,” said Greg Jensen, the co-chief investment officer of Bridgewater Associates to Reuters editors on December 20th. Jensen is expecting 2019 economic growth of just 1% – not even enough to outpace inflation rates. Meanwhile, the Federal Reserve revised its 2019 growth expectations from 2.5 to 2.3 percent.

The Fed’s inflation projection was also reduced, from 2.1 percent inflation in 2018 to 1.9 percent.

Will we see the kind of meltdown we saw in 2008? That’s not likely. A decade ago, the economy was leveraged to absurd levels. We have a much healthier foundation now across all asset classes than we did at the time of the 2008 financial crisis. But we do expect corporate earnings around the world will see significant shortfalls against projections made only recently. Other people see that too, which is, of course, why we saw a big pullback in stock prices this week.

So, what’s the best course of action going forward? As always, we are big fans of diversification, including diversification into alternative asset classes – particularly where the investor has specific industry knowledge that can be leveraged into a real market trading advantage over other participants. We also encourage healthy allocations into precious metals, real estate, private lending portfolios and other investments in or closely related to tangible assets.

If the 2009-2017 bull market in stocks left you dangerously overexposed, it is not too late to roll back and move assets over to Self-Directed IRAs. There is still some room for stocks to fall, despite the lousy third week of December 2018, and there’s still ample room for less glamorous asset classes to have a good run, especially as the economy slows down and more investors move assets toward alternatives and safe havens.

What is the Simplest Self-Directed IRA Account to Set Up?

Self-Directed IRAs and How to Title Assets

The Importance of LLC Operating Agreements Within Your Self-Directed IRA 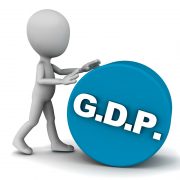 How a Self-Directed IRA Alleviates Fears Over the GDP