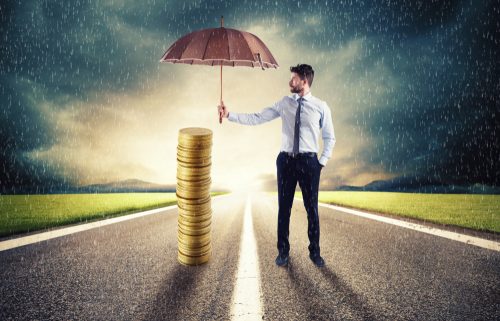 IRAs enjoy a tremendous amount of protection when it comes to bankruptcy and the claims of creditors. But it’s not the same for all IRAs, and it’s not the same in all states. Depending on the jurisdiction, Self-Directed Inherited IRA assets may be subject to seizure in the event of a judgment. If you have a large Inherited IRA, or you have reason to believe you may go bankrupt in the future or you may be subject to a lawsuit involving a substantial sum of money that could be life-changing if you received a judgment, it’s a good idea to take stock of the law in your state before making any major decisions.

Normally, IRAs are protected from creditors, up to a limit of $1,283,025. This amount is adjusted every three years according to the cost of living, and the next adjustment is due some time in 2019. Qualified workplace retirement plans, like 401(k)s and 403(b)s, enjoy even greater protection: They have no dollar caps on the amount that is protected from creditor claims.

Furthermore, any assets that you accumulate within a 401(k) that you later roll over into an IRA, including a Self-Directed IRA, also enjoy unlimited creditor protection nationwide. So, if you have a substantial 401(k) balance from a prior employer and you are interested in rolling it over into an IRA or Roth IRA, you do not have to worry about losing creditor protection.

However, a 2014 Supreme Court decision, Clark v. Rameker, the Justices unanimously held that Inherited IRAs did not warrant the same level of creditor protection extended to self-funded IRAs.

Their ruling was that Self-Directed Inherited IRAs do not qualify for the status of retirement plans under federal bankruptcy law and are fair game for creditors seeking damages. The court’s reasoning was three-fold:

The courts held that once an IRA is inherited by a beneficiary other than a spouse, it no longer contains funds that were set aside specifically for the purposes of providing for retirement security, and therefore should be treated the same as all other assets when it comes to creditor protection.

So, under the federal system, Self-Directed Inherited IRAs are subject to creditor claims and may be seized in the event a creditor obtains a judgement and a court order to that effect.

But when it comes to bankruptcy proceedings, not every state is under the federal system. A number of states have opted out of the federal system and give debtors a choice between handling bankruptcies under federal or state guidelines.

Those states that have opted out of federal bankruptcy rules may have exemptions that are much more favorable to those with Self-Directed Inherited IRAs, and for those with IRA balances that exceed the current limit of $1,283,025.

This issue does not just affect those who have Self-Directed Inherited IRAs. Parents in or nearing retirement whose children have legal issues or are chronic spendthrifts may also want to take measures to set up a trust to inherit assets, rather than passing IRAs directly on to their children where they would be quickly gobbled up by creditors, depending on the state.

American IRA does not provide individualized legal advice. For information pertaining to your individual situation, you should consult a qualified attorney licensed in your state with experience in bankruptcy law.

Things You Need to Know About a Self-Directed Inherited IRA

Schedule NowWhy American IRA?
What if You Have an Excess Contribution in Your Self-Directed IRA?