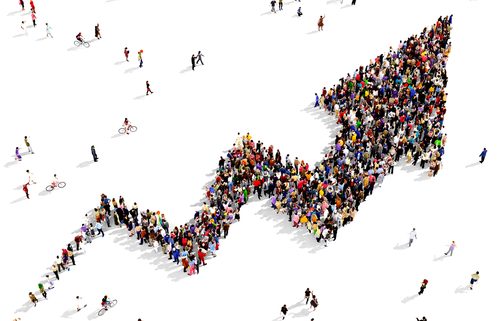 Population growth is one of the big drivers of residential real estate investment returns. Self-Directed IRA investors would do well to focus their efforts on cities that are experiencing strong population growth. This the primary long-term driver of housing demand, and ultimately supports increasing home values and rental prices.

Look for solid price gains that are supported by actual new people moving to the area, and not just speculative price gains. Returns generated as a result of the actual need to house more people are much more solid than returns generated by speculative bidding. Speculators can vanish as quickly as they arrived. It’s a lot harder to move a family that’s been living in a neighborhood for years than it is for a real estate investor to move capital. So, build your Self-Directed Real Estate IRAs fortunes on actual families living in homes and apartments, not on phantom price increases.

So what cities are experiencing the greatest population growth?  According to the editors of National Mortgage News, here are the top 12.

The vast majority of these markets are in the southern United States – a testament to the power of the invention of air conditioning, which makes even Miami and Phoenix great places to live, even in the summer.

Dallas, Texas has enjoyed one of the hottest housing markets in the country over the past several years – largely by poaching employers and workers from California. One example: Toyota recently switched its entire headquarters from the Los Angeles suburb of Torrance California to the north Dallas suburb of Plano – bringing more than 3,000 high-paying jobs with it – possibly as many as 6,500 — and pushing housing within commuting distance of Plano up fast.

“It was really about affordable housing,” Albert Niemi, dean of the Southern Methodist University Cox School of Business said recently, according to the Dallas Business Journal.

Indeed, the migration to more affordable housing seems to be the primary driver of the decision to move to a new city: National Mortgage News estimates about 18% of all inter-city moves are driven by affordability concerns. People want more affordable places to raise their families.

Plano’s pretty pricy. But while California slaps an income tax of at least 9.3 percent on income over $53,980 for single filers and $107,960 for married couples, Texas has no state income tax. And real estate in the better Los Angeles school districts got so high that Toyota’s executives had had enough.

Now, the flight to more affordable cities is relative – Riverside is pricey compared to Meridian, Mississippi. But it’s within commuting distance of Los Angeles and is much cheaper – and so LA families are migrating there.

Instead, look to the strong organic population traffic and more modest house prices in family-friendly cities like Phoenix, Denver, Tampa, Orlando and Houston, where house prices are still affordable for middle and upper-middle class families with normal jobs!

That’s your market, and markets that become wholly unaffordable for truckers, skilled tradesmen and young professionals have limited upside potential – and a lot more risk.

Interested in learning more about Self-Directed Real Estate IRAs?  Contact American IRA, LLC at 866-7500-IRA (472) for a free consultation.  Download our free guides or visit us online at www.AmericanIRA.com.

What Does Self-Directed IRA Real Estate Paperwork Look Like? 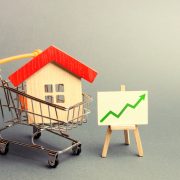 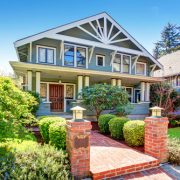 Schedule a CallOur Story
Nearly Half of 55-Year-Olds Have No Private Retirement Savings in Self-Directed...