A freelancer—or anyone with a self-employment income that’s inconsistent—knows that saving for retirement is different for them. There’s no employer matching, because they are the employer. They have to do everything themselves. That usually leads them to two options: a Self-Directed Solo 401(k) or a Self-Directed SEP IRA. But which of these options is more ideal for freelancers? That question is all the more important in the 21st century as more and more workers move to contracting in the gig economy.

The Self-Directed Solo 401(k) for Freelancers

One of the drawbacks of the Self-Directed Solo 401(k) plan is that it’s not as simple as the alternative. It will likely require more paperwork, since you’re essentially establishing a 401(k) plan, which in itself can be a complicated process.

The Self-Directed SEP IRA for Freelancers

The Self-Directed SEP IRA works similar to a Traditional IRA, but there are some quirks we should note. The contribution limits will be higher. But since this is technically an employee pension plan, you may note that there’s not as much flexibility when it comes to your independence. If you start adding employees to your freelancing enterprise, you will find that there are requirements for holding a company SEP IRA that used to only apply to you.

In both cases, you will have high contribution limits—and if you are maxing out your retirement contribution limits in either account well before retirement, you are probably going to end up just fine, either way. But let’s look at the key differences you might want to consider before opening up these accounts for yourself.

With all the above in mind, which makes the most sense for freelancers? Here are some of the key points to remember:

Truth be told, both of these options make sense for freelancers. Both retirement accounts will be easy to set up, feature high contribution limits, and will help you start saving for retirement. But you may want to pay attention to the fine print if you want the absolute optimized version of a Self-Directed IRA or Self-Directed 401(k) plan for your retirement. After all, when you freelance, it’s all up to you. When you are the boss, the tough decisions are yours. 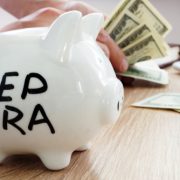 Why You Should Consider a Self-Directed SEP IRA

Why Should People Consider a Self-Directed SEP IRA?

Need More Money? Utilize One of the Greatest Benefits of a Self-Directed Solo 401(k)! 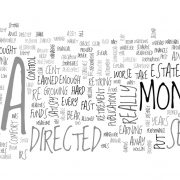 The Specific Advantages of a Self-Directed SEP IRA