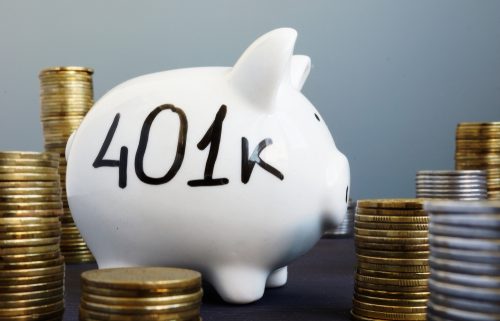 Starting January 1st, the new maximum employee elective contribution for workplace Self-Directed 401(k) plans will increase by $500, from $19,000 to $19,500. The same will apply to 403(b) plans, which are popular among government organizations and non-profits, the federal Thrift Savings Plan, and most 457 plans.

SIMPLE IRAs – a common defined-contribution pension plan for small businesses with up to 100 employees – also have a higher contribution limit this year. SIMPLE contributions are increasing from $13,000 to $13,500.

The IRS announced this and other changes in Notice 2019-59 (PDF) in early November.

The cap for IRAs, including Self-Directed IRAs, is unchanged for 2020, remaining at $6,000. Those age 50 and older can contribute another $1,000 in catch-up contributions.

Taxpayers who have incomes exceeding the deductibility phaseout limits can still contribute to Traditional IRAs. They just have to do so on a non-deductible basis. You still get tax deferral on the assets as long as they remain within the IRA. And there are still important asset protection benefits with IRAs – especially with non-inherited IRAs. You just have to contribute with after-tax dollars.

The cap on contribution dollar amounts for Roth IRAs remains the same as the contribution caps for Traditional IRAs. However, the income caps for Roth IRAs are different. In order to contribute the full allowable annual maximum to a Roth IRA, your income must fall below $124,000 for single taxpayers, and $196,000 for married couples filing jointly.

Above that limit, your annual allowable contribution decreases, until it reaches zero at the following thresholds:

The phase-out range for a married individual filing a separate return who makes contributions to a Roth IRA is not subject to an annual cost-of-living adjustment and remains $0 to $10,000.

Details on these and other retirement-related cost-of-living adjustments for 2020 are in Notice 2019-59 (PDF).

The limits for Self-Directed IRAs are the same as they are for their conventional counterparts. They do not affect the amount of leverage you can take out in a Real Estate IRA or using a margin account within a Self-Directed IRA. And the higher caps may give Real Estate IRA owners and those running partnerships and other business operations within Self-Directed IRA accounts a little more ‘breathing room’ to avoid cash crunches posed by contribution limits.

Interested in learning more about the Self-Directed 401(k)?  Contact American IRA, LLC at 866-7500-IRA (472) for a free consultation.  Download our free guides or visit us online at www.AmericanIRA.com.

Recent Gallup Polls Show Americans Are Split About Whether Their Taxes Are Too High - Investors Frequently Ask American IRA "Can I Safely Use A Self-Directed IRA?"

Self-Directed 401(k) Corner: Are You Keeping Up with the Joneses? Average 401(k) Balances by Age

Have you heard about the Self-directed solo 401k?

Invest in Real Estate with your Self-Directed 401k

Call MeWhy American IRA?
The IRS Does Not Screen, Approve or Endorse Investments for Self-Directed I...