You’ve likely heard of it already. The FIRE movement. It stands for “Financial Independence, Retire Early.” It’s a movement that promotes frugal living to maximize retirement investing and savings, potentially giving people the ability to retire on their terms, even at an early age. There are even people in their mid-30s retiring with millions in the bank. And that got us thinking: do Self-Directed IRA investors need to slash their expenses and live frugally if they’re going to succeed?

First things first: the more money you put aside for retirement—and the more money you invest wisely—the better your chances will be. There’s some very basic arithmetic behind the FIRE movement that makes sense. And no matter what kind of retirement account you have, you’ll likely get some great tax benefits when you use it to its fullest potential. For example, a Self-Directed Roth IRA lets you put away after-tax money so you can maximize the tax-free money you have to pull out of retirement accounts by the time you reach retirement age.

But with a relatively low contribution limit on Self-Directed Roth IRAs, there’s more to the story than living frugally.

Self-Directed IRA investors who are both frugal with their expenses and wise in the way they approach new investments can do anything that a FIRE advocate can. They might even be able to do it better—investing on their terms.

But is it a requirement to “live frugally” if you want to experience long-term retirement success? Not necessarily. Here’s what investors, especially Self-Directed IRA investors, will need to know:

FIRE is not required for Self-Directed IRA owners. You may have a long-term approach to retirement that doesn’t require retiring at the age of 45. So no, you don’t have to scrimp and save every penny. But living frugally can give you more resources to maximize your Self-Directed IRA results.

What to Know Before You Open a Self-Directed IRA 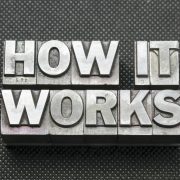 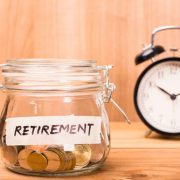 When Should You Retire? A Self-Directed IRA Perspective

Schedule a CallWhy American IRA?
Why Does a Self-Directed Checkbook IRA Make Sense?

What Are the Advantages of a Self-Directed Roth IRA?
CLAIM YOUR 7 FREE SELF-DIRECTED IRA GUIDESDOWNLOAD NOW
+ +
Download Our Essential Guide to Self-Directed IRAs!