For many, the idea of using a Self-Directed IRA for retirement is daunting. And that’s not always because investors are intimidated by the wide array of options they can use when investing with a Self-Directed IRA, including assets like precious metals, real estate, and more. Instead, some people are worried about “locking up” that much money in a retirement account. What if an emergency happens? What if the investor needs that money?

In some cases, it may be possible to have an exception to the 10 percent early withdrawal penalty that comes with taking distributions before the retirement age of 59 and ½. But it helps to know what the exceptions are—and where the limits are drawn.

When Can an Investor Use Hardship Distributions?

First things first: using a Self-Directed IRA such as a traditional IRA means you will have the same hardship distribution rules as any other Traditional IRA. In this situation, you can access the principle by paying income tax when you take a distribution. A 10 percent penalty associated with doing this early means that you do not want to do this! However, there may be some situations in which a waive is possible.

To find out more information, you can visit the IRS website and find out what they have to say about hardship distributions. According to the IRS, “a distribution from a participant’s elective deferral account can only be made if the distribution is both…due to an immediate and heavy financial needed” and “limited to the amount necessary to satisfy that financial need.” In other words, you can’t expect that you can take as much money as you want out of your account without penalty simply because you’ve had a hardship. Your hardship distributions will have to be related to the exact hardship you’re facing.

For instance, “consumer purchases (such as a boat or television) are generally not considered an immediate and heavy financial need,” says the IRS. A heavy financial need may be the need to make payments on insurance premiums while the investor is out of a job. This would constitute something much closer to an emergency.

What About Self-Directed Roth IRAs?

Roth IRAs are unique. They allow investors to put after-tax money into an account, which makes it easier to withdraw the money before retirement age. As Charles Schwab notes, “You can withdraw contributions you made to your Roth IRA anytime, tax- and penalty-free. However, you may have to pay taxes and penalties on earnings in your Roth IRA.”

In other words, because you make contributions to a Roth IRA from taxed money, you do not have to pay a second round of taxes on the same money. However, there are taxes and penalties on earnings in your Roth IRA, as those earnings are the tax-protected savings you would otherwise be enjoying in a retirement account.

If you run into a legitimate emergency, you might be surprised by the lenience possible through the tax code. However, make sure that you consult with a tax professional before considering any major “move” with retirement accounts such as these. 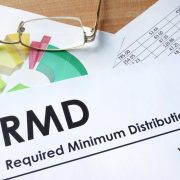 Self-Directed IRA RMD Rules: When Should You Target Your Retirement? 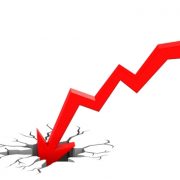 Why Investors Cannot Buy Collectibles with a Self-Directed IRA

Schedule a CallWhy American IRA?
Why Would Someone Open a Self-Directed IRA Brokerage Account?