Ask most people about retirement, and you might get an answer like this: Sure, I have a 401(k) through work. I contribute to it out of my paycheck. Not exactly sure what it’s doing, but I figure I’ll worry about that later. Which can be a nice setup. For starters, 401(k) accounts have all sorts of tax benefits, including high contribution limits. They make it easy for anyone who wants to invest to take a little bit out of their paycheck every month, barely notice it’s missing, and still save for retirement. But if it’s so great, why do many people turn to a Self-Directed Solo 401(k)?

There are a few reasons. But determining whether you might choose to open a Solo 401(k) could depend on your situation. Here’s what you’ll need to know.

It’s a complicated question because there are a few moving parts. First, “self-directed” means that you’re the one in charge of the account. That gives you the freedom to choose from a wide range of potential retirement assets. You won’t be limited to those funds that the employer-sponsored plan makes available. You can invest in stocks and bonds, sure. But you can also invest in real estate, precious metals, tax liens, private notes, and even private companies. Self-directing puts the power in your hands; and if you’re an investor who knows what they want out of their retirement plan, that’s very good news indeed.

The Solo 401(k) plan acts very similarly to a standard 401(k) plan, but is designed for contractors, freelancers, and the self-employed. Essentially, you’re creating your own 401(k) plan, designed for one person: you. With this plan come some of the obvious benefits that come with any 401(k) plan:

Why Not Work with an Employer?

For most people, the idea of retirement without an employer is a scary thing—kind of like walking a high-wire without a net. But it’s much safer than that. In fact, not saving for retirement if you have self-employment income is far more dangerous.

The truth is, not everyone has an employer other than themselves. Which is why if you fall into this category, you acting as both the employer and employee would want to set yourself up for retirement. And for those people, retirement investing is something that’s going to be much more independent than it might feel if you worked at a 500-person company. Many investors choose to take retirement into their own hands. They not only open up their own accounts, but they do so with a Self-Directed IRA administration firm that can handle the administration of the account.

The Ins and Outs of the Self-Directed Solo 401(k)

What Investors Should Know about Different Self-Directed Retirement Accounts 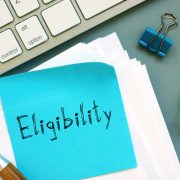 Who is Eligible for a Self-Directed Solo 401(k)?

What Do Investors Need to Open a Self-Directed Solo 401(k)?

Schedule a CallOur Story
Is a Self-Directed Roth IRA Right for You?

The Ins and Outs of Investing in Private Companies Within a Self-Directed I...
CLAIM YOUR 7 FREE SELF-DIRECTED IRA GUIDESDOWNLOAD NOW
+ +
Download Our Essential Guide to Self-Directed IRAs!