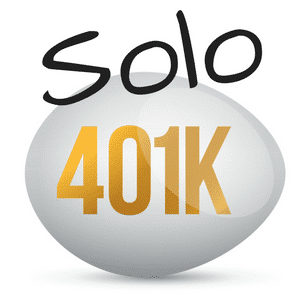 The traditional pathway is easy enough to understand. Many investors simply sign up for a 401(k) through their work, have the money come out of their paycheck, and call it a day. Over time, they hope that that money put away with every paycheck will eventually add up to a comfortable retirement. But what if you don’t have this traditional kind of arrangement? What if you’re self-employed, or a freelancer? Here’s what you’ll need to know about a Self-Directed Solo 401(k), and why so many investors flock to it.

One of the primary reasons people move to one account over another is generally when they can contribute higher amounts to the new account. With a Self-Directed Solo 401(k), contribution limits can be very high, which gives investors a lot of freedom when choosing the kind of investments that they want. This makes it easier to handle self-direction as well, because that freedom means it’s easier to invest in a wide variety of assets, such as real estate and tax liens among others.

Many people worry that if they put money aside in a retirement account, they won’t see it for decades. And generally, that’s the idea: this money is designed for retirement, after all. But there may be options for people who want more flexibility with the money inside their 401(k). There are specific rules for investors who want to borrow money from a 401(k), including when they have to pay it back and how much they can borrow, but as an emergency backstop, it’s important for investors to know that they can enjoy this kind of flexibility with a Solo 401(k).

The concept of administering a Self-Directed Solo 401(k) can sound very complicated. But it’s actually an easy-to-administer plan when you get into the details. Working with American IRA, for example, would mean that American IRA works as the record keeper while you serve as the trustee of the plan. This gives a tremendous amount of flexibility to you, while still retaining the proper records of all of your investments.

If you’re using a Self-Directed Solo 401(k), know that there are a lot of investment options available to you. While many people with a traditional retirement arrangement never explore these options, self-directing means that you can choose from them easily. That includes investing in real estate—whether that means single-family rental units or large apartment buildings—as well as tax liens, precious metals, and more. With this broader range of access, you can easily invest in a wider portfolio if you want. But again, the choice is yours. When you self-direct, you’re putting yourself in the driver’s seat. A Self-Directed Administration firm like American IRA will simply serve as the recordkeeper on an account like a Self-Directed Solo 401(k).

Save More For Retirement With a Self-Directed Solo 401k