When you use a Self-Directed IRA, the plan is clear: you’re trying to build as sizeable a nest egg for retirement as possible. But that doesn’t mean that’s always how it works out for investors. In fact, many investors are concerned about how to get their money out of a Self-Directed IRA because they know they may need earlier access to that money. To that end, this article will explain early withdrawal penalties and other quirks of IRAs so you know just how flexible these accounts can be.

To that end, Congress imposed a 10 percent excise tax on amounts withdrawn from most IRAs prior to the age of 59 ½. This helps encourage Americans to use their IRAs to build a better retirement portfolio and incentivizes them to keep that money in the account. However, while the 10 percent tax on early withdrawals might be an impediment to taking it out, it still demonstrates that investors have the option of taking a majority of their money out of the account if they want to. (However, it’s also worth noting that this money can be taxed as income, as well, depending on the account you’re using).

Hardship Distributions within the Self-Directed IRA

What happens if someone runs into a genuine emergency while trying to save for retirement? Congress realized that there may be emergency situations in which investors would have to take money out of their retirement. After all, it can be difficult to take money out of investors’ other primary investment vehicles, such as their own home. To that end, Congress did make some exceptions to the 10 percent early withdrawal penalty. These hardship conditions can be the death or total disability of the taxpayer in question. Another hardship is that the investor might be able to take money out of the account to forestall eviction or foreclosure. They may also be able to use this money toward medical bills.

These emergency situations are key to understanding how flexible a Self-Directed IRA—or any type of retirement account, really—can be. If you’re afraid of keeping money in a retirement account because of an emergency, you should know that there may be hardship distributions that can help you pay off these emergency costs without necessarily incurring the same penalty as someone who was taking money out of the account at will.

One key point to understand is that for pre-tax accounts, like a Self-Directed Traditional IRA, the IRS does expect to get its money at some point. Because contributions are tax-deductible, the money in these accounts can be considered “pre-tax.” For that reason, you will be required to eventually take required minimum distributions from the account. There are some exceptions, such as the case of the Roth IRA, in which the contributions aren’t necessarily tax-deductible. Because the IRS won’t be coming after your Roth IRA money for taxation, the money in these accounts does not have the Required Minimum Distributions rules in place. You can keep money in a Roth IRA for as long as you want it to keep growing. 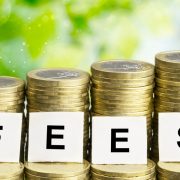 Employing Leverage in a Self-Directed IRA

How Does a Self-Directed IRA Fit into a Traditional Retirement Strategy? 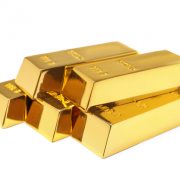 Why Should Investors Own Gold in a Self-Directed IRA?

How to Spot a Great Self-Directed IRA Fee Structure

Five Benefits to Holding “Regular” Investments in a Self-Directed IRA

Schedule a CallOur Story
What Financial Education Podcasts Don’t Tell You About the Self-Directed Roth...