If you converted a traditional individual retirement account into a Roth IRA last year only to watch the value of the account fall, you could save taxes by undoing the conversion by Oct. 17. But there is a risk: When you undo the conversion, the money goes back into a regular IRA and you must wait at least 30 days before you can convert back into a Roth again. If the value of your account soars during those 30 days and you want to convert again, you could owe more tax than if you had left well enough alone.

Roth conversions skyrocketed in 2010 because it was the first year people with more than $100,000 in income could do it.

At Fidelity Investments, customers converted about 220,000 regular IRAs into Roths last year, more than quadruple the previous year’s total. About one-third of last year’s conversions were done in December, when most stock markets worldwide were higher than they are today.

That means more people than usual will at least consider undoing Roth conversions this year.

Money in a regular IRA has never been taxed, so when you convert it into a Roth IRA, you must add the entire amount converted into your ordinary income and pay tax on it.

Normally you must report the income in the year of the conversion. But for 2010 conversions only, investors had the choice of putting all the income on their 2010 tax return or splitting it 50-50 between 2011 and 2012.

The benefit of a conversion is that once the money is in a Roth IRA, it is never taxed. Investors can take it out tax-free (assuming they meet certain holding requirements) or let it continue to grow. Unlike regular IRAs, they do not have to take mandatory withdrawals starting at age 70 1/2.

Another perk is that you can reverse – or in tax lingo recharacterize – the conversion if the market turns against you. You simply put the money back into a regular IRA and pretend the conversion never happened.

No problem: You undo the 2010 conversion by putting the money back into your regular IRA by Oct. 17 of this year. This involves contacting your bank or broker and filling out some paperwork.

If you have already filed your 2010 tax return, you would amend your federal and state returns and remove the $100,000 in conversion income. You can file an amended return after Oct. 17.

If you already filed your 2010 return, you should have stated your intention on Form 8606 and filed it with your 1040. You will need to amend your federal and state tax returns including Form 8606.

If you haven’t filed your 2010 return, you would not have to do anything.

If you undo your conversion, you must wait at least 30 days before you can convert your regular IRA back into a Roth. As long as the value of your regular IRA stays below $100,000 before you convert again, all this maneuvering will pay off, assuming your other income and deductions haven’t changed drastically and your tax rate remains the same.

Deciding whether to undo a Roth conversion depends on where you think the market, your income and tax rates are headed.

For a $1 million account, the threshold might be lower because the potential tax savings would be bigger. But even on a large account, the smaller the percentage loss in value, the bigger the risk it could bounce above its original conversion value and come back to haunt you.

Sandi Bragar, a wealth manager with Aspiriant, says her firm is considering it for accounts that are down 10 percent or more.

The Standard & Poor’s 500 index is down 8.5 percent so far this year, so if your Roth IRA is invested mainly in large-cap U.S. stocks, it probably won’t pay to undo it.

Where it usually makes sense is if the Roth IRA was invested heavily in emerging markets or overseas stocks – which are down 15 to 20 percent or more – or in U.S. sectors that have been especially hard hit, such as small-cap stocks or real estate investment trusts, Bragar says.

If you converted into several separate Roth IRA accounts last year, you can undo some and not the others.

If you converted into a single Roth IRA, you can undo a percentage of it. If you want to recharacterize 20 percent, for example, you would move 20 percent of each individual holding back into a regular IRA. 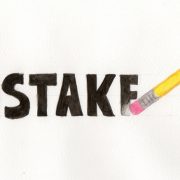 Understanding the Quirks of the Self-Directed Roth IRA 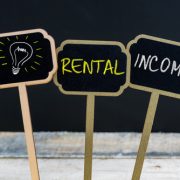 Why You Need Rental Income in a Self-Directed Roth IRA