In this example, Jack Brown has $100,000 he rolls over into his self-directed IRA. He wants to loan it to an investor as a first mortgage on a property worth $135,000.

Perhaps Jack’s realtor, an appraiser or some resource told him, or perhaps he’s sophisticated enough to look at the deal and say I’m comfortable that the deal is worth $135,000. We always suggest doing your ‘due diligence’ and using professionals to assess the value of an asset you are going to loan money on.

In this case, we’re looking at an LTV – Loan to Value – of 75%. This is not a hard and fast rule, with self-directed IRA private lending, the Loan to value is negotiated between the private lender and the private borrower.

The property is going to be secured by a mortgage and a promissory note, and it’s going to be recorded with an attorney.

Jack is going to send us what we call a buy direction letter. It’s an internal document that he completes to tell us the details of what he wants his IRA to invest in.

Jack will then review and approve all the closings documents. He’s the account holder and the decision-maker. He needs to understand the deal, and it’s only going to be funded if Jack is comfortable with it.

Even though this loan is being made through his self-directed IRA, this is going to be a regular closing that we’re used to as real estate investors. The documents are going to be recorded, and the only difference is that the original documents are actually going to be held by our office in our fireproof safe at American IRA.

As you can see, we’re not making the decisions. The client is directing us all along the way as to how and when to make the investment. In this case, because it’s a Traditional IRA, the interest is going to be tax deferred in a monthly amount of $750. That’s just 9% of $100,000 broken down into monthly payments.

At the end of the five years the loan is repaid, and the interest accrued over those five years is $45,000!

All self-directed IRA private lending investments have inherent risks. With proper due diligence and a professional team, risk can be managed but not eliminated-that is our job as investors. If you don’t want to take a risk whatsoever, tongue in cheek I say “Put it in U.S. Bonds or FDIC Insured CDs…though as you all know…Bonds and CDs are offering very low returns”.

American IRA, LLC does not give investment advice.  We do offer guidance as to the rules and regulations related to their self-directed accounts and the benefits of different account types so that their clients can take that information to their professionals to discuss the ramifications of various decisions on their individual situation.

For more information, or to explore your options, call American IRA today at 866-7500-IRA (472). We look forward to working with you.

What Investments are Self-Directed IRA Investors Required to Avoid? 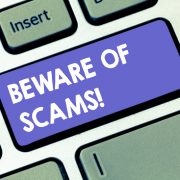 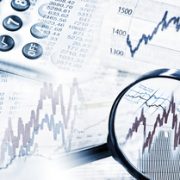 Investing in Bank-Owned Real Estate in Your Self-Directed IRA