Alice, one of our clients in Columbia, South Carolina had a problem. She had amassed a substantial sum in her own IRA, and because of her connections in the community had a number of inquiries from very solid and reliable borrowers within her town, with long business track records and good credit, but who were having trouble getting their projects financed through traditional lenders.

The interest rates they were offering were well above what she was getting in her portfolio of CDs and money markets, and were well secured with collateral. She saw little downside risk in many of her opportunities. But her assets were committed to her IRA. Could she unleash her IRA somehow, without having to pay an immediate tax bill, and invest her retirement assets in these much more lucrative deals?

Fortunately, she came to us – and we were able to tell her that yes, it is absolutely permissible for her to liquidate her noncash holdings and lend them out to borrowers looking to finance any number of business endeavors and enterprises – all the while deferring income from the portfolio.

The types of investments that were being presented to her were what investment professionals call ‘hard money’ lending. These are usually shorter-term loans from anywhere from a month to five years, and generally at much higher interest rates than she could get from her conservative portfolio.

Her borrowers were more interested in quick closing and getting their projects financed rather than spending ages in documentation and application – and the area’s banks just did not understand that. Few of them do, and hard money lending is increasingly the purview of people like our client. We were able to set up a Self-Directed IRA account for her that allowed her to lend to almost any worthy borrower she liked. The only exceptions were her own children and grandchildren, and her own parents. IRA rules prohibit Self-Directed IRA owners from using IRA assets to do business directly with spouses, parents, grandparents, children and grandchildren. They also prohibit you lending or borrowing to or from yourself, any entities you or the above-named individuals control. As long as she avoided these inherent conflicts-of-interests, she could generally lend how she pleased with her Self-Directed IRA – at above-market rates of interest.

Alice didn’t want to get involved in income verification – and usually didn’t have to. Generally, borrowers were able to put up more than enough collateral to provide adequate security on the loan, no matter what misfortune may have befallen the project. Where finishing the project was a concern, she was able to get her borrowers – mostly builders and construction firms – to post completion bonds that would pay her even if the project were never completed.

As a result, Alice was able to increase her yields on assets in the Self-Directed IRA from a very conservative 3-5 percent to 7-12 percent.

Yes, the payoffs were a little bumpier: Many of these loans came with balloon payments rather than monthly or semi-annual interest payments. But since she didn’t have to rely on the income in the short-term, Alice was able to absorb more monthly variation in returns in order to get better performance out of her investing over time.

You don’t have to limit yourself to hard-money lending on construction projects. You can lend money on anything you like, including real estate, promissory notes, cars, small business loans, personal loans, community and peer-to-peer lending and nearly anything else.

American IRA has worked with scores of lenders just like Alice – all at a fraction of the AUM or other fees and expense ratios charged by more conventional IRA vendors.

Are you a risk-aware and prudent investor with assets to lend and a ready market? Do you want to get potentially above-market returns on that money by lending to markets underserved by conventional lenders and banks? Call us today at 866-7500-IRA, or visit us at www.americanira.com. 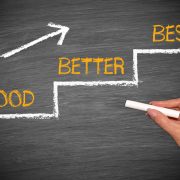 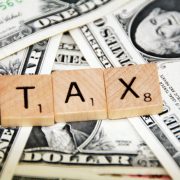 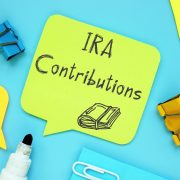 What Happens if a Self-Directed IRA Investor Goes Over the Contribution Limit?