The end of a calendar year always brings a series of deadlines and imposes timelines for the execution of tax mitigation strategies, both inside and outside of Self-Directed IRAs. Here are a few of the most important issues that commonly affect our Self-Directed IRA clients and the affluent/higher net worth community.

The 3.8 percent tax, called the Net Investment Income tax (NII), applies to the lesser of net investment income or the excess of modified adjustment income over the following threshold amounts:

One strategy is to shelter income over the highest tax bracket in a Self-Directed IRA, SEP, or solo 401(k). Generally, sound tax planning often involves sheltering as much income as possible from the highest marginal tax bracket, either by deferring income, spreading it out over many different years, investing it in a tax-deductible vehicle (whether in or out of a Self-Directed IRA), or investing it in something that may not provide a deduction this year, but will grow tax free, such as a Roth solo 401(k) account.

American IRA, LLC works exclusively with the Self-Directed IRA community, and with business owners and entrepreneurs who choose to set up self-directed company pension plans, such as self-directed solo 401(k)s, SEPs and SIMPLE plans.

With offices in Asheville and Charlotte, North Carolina, we are happy to work with self-directed retirement investors and those interested in learning more about the concept from anywhere in the U.S. 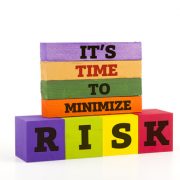 Buying a Business With Your Self-Directed IRA

What is Compounding and How Can It Work for You in a Self-Directed IRA?