Most of our Self-Directed IRA clients have been watching the election with a great deal of interest… and a lot of them were surprised. Donald J. Trump, a real estate developer and celebrity with only a tangential interest in politics until just a few years ago, has been elected President of the United States in a stunning upset that very few pollsters saw coming.

Many of our Self-Directed IRA clients, like Trump, are real estate aficionados themselves – though not nearly on so large a scale! So what’s in store for self-directed retirement fund investors and retirement/investing-related policy at large?

First, proposals for Democrats to raise tax rates substantially, or at least revoke or limit tax-advantaged status for owners of very large IRAs, are probably not going anywhere. Democrats had hoped to flip control of the Senate last Tuesday and that didn’t happen, and the GOP still has control of the House of Representatives, as well as the White House. We wrote about one prominent proposal in recent days.

That said, we wouldn’t rule out such a measure entirely: Trump is no doctrinaire small-government fiscal conservative. He is likely to propose a number of popular spending projects, and those projects will have to be paid for somehow. If there is to be a tax increase that even Republicans can be pressed to vote for, it’s probably to tax jumbo IRAs. So don’t get too complacent out there!

Self-Directed IRAs are likely to retain their tax advantages.

Historically, Trump has been friendly towards plans to privatize a portion of Social Security. In his 2000 book The America We Deserve, Trump supported the option to invest part of individual Social Security transactions into the stock market.

“The solution to the Great Social Security Crisis couldn’t be more obvious,” wrote Trump and co-author Dave Shiflett, “Allow every American to dedicate some portion of their payroll tax to a personal Social Security account that they could own and invest in stocks and bonds.”

With the GOP in charge in the White House and in both houses of Congress, we may see some positive 401(k) reform, such as the authority for small businesses to come together and develop a multi-employer 401(k) plan, even where employers are in a different industry. Right now, nearly one out of three private sector workers don’t have access to a retirement plan at work. This reform would make it easier and more cost effective for multiple employees to offer such plans to workers.

Another proposal would encourage 401(k) providers to offer annuities to planned participants. Just 14 percent of 401(k) plans administered by Vanguard include annuities as an investment option. That bill could be pushed forward again in 2017.

Look for an easing or repeal of the so-called ‘fiduciary rule,’ opposed by most Republicans in Congress. Critics of the rule cite its costliness and the fact that it could make very small investors unprofitable to serve from the perspective of financial providers, and wind up cutting vulnerable people off from professional advice.

Regardless of how you voted, American IRA stands ready to be your experts on all things self-directed. Our offices are in Charlotte and Asheville in beautiful North Carolina.

To find out more about Self-Directed IRAs in general and how you might implement these strategies in particular, call us today at 866-7500-IRA.

Or visit our website at www.americanira.com. We look forward to working with you. 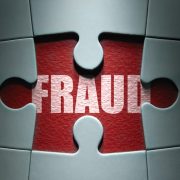 Early Distribution from Your Self-Directed IRA

Are You on Track for Retirement? How a Self-Directed IRA Can Help

How to Protect Against Self-Directed IRA Fraud