When it comes to Self-Directed IRA investing – the practice of investing IRA or other tax-advantaged retirement funds in alternative investments and directing them yourself, personally – there are important differences between the IRA and 401(k) structures.

So knowing where to park your assets and under what circumstances is important for the Self-Directed IRA owner.

But IRAs and 401(k)s have some important differences, too. For example:

However, a quirk in the law means that assets held in 401(k) accounts, rather than IRAs, may be exempt from this tax.

Investors who plan to use a lot of leverage in their investing strategies may wish to lean towards a solo 401(k) for that reason – if they don’t plan on taking on any employees other than their spouse!

However, solo 401(k)s are suitable only for a defined market of self-employed individuals, independent contractors and those who own businesses with no full-time employees other than a spouse.

If this applies to you, then a solo 401(k) may be a terrific small business retirement plan option. Otherwise, you may want to consider a SEP IRA or SIMPLE IRA plan, depending on your circumstances. Both of them support Self-Directed IRA strategies.

American IRA, LLC is a family-owned business that focuses on helping owners of Self-Directed IRA accounts ensure their transactions are handled quickly and accurately and that they are properly documented in accordance with IRS rules. Our offices are located in Charlotte and Asheville, North Carolina, but we work with Self-Directed retirement account investors in all 50 states.

For more information on Self-Directed retirement investing, call American IRA today at 866-7500-IRA(472), or visit us online at www.americanira.com. 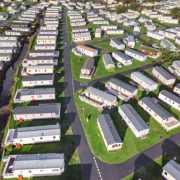 Annual Check Up for Your Self-Directed IRA

How Exactly Does a Self-Directed IRA Work, Anyway?