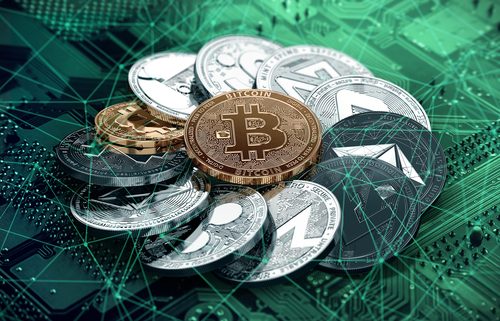 By now everyone has heard of Cryptocurrency, and there are even a few investors out there who understand it completely. In a nutshell, digital currency works as a medium of exchange. There was quite a bit of hype in 2017 when the market capitalization for Cryptocurrencies grew from $18 billion in January to $800 billion over the next twelve months.

As recently as September of 2018, however, things had pulled back, and the market cap stood at under $200 billion. Despite their volatility, Cryptocurrencies are garnering plenty of attention. And while there are many different kinds of Cryptocurrency, these six are the most popular for 2018. So, here is the list, along with a brief explanation of why these digital currencies have a position at or near the top:

Bitcoin is the oldest and the most commonly used digital currency. Created in 2009 using blockchain technology, Bitcoin allows users to make transparent peer-to-peer transactions, which are secured through an algorithm within the blockchain. In other words, everyone can see the transaction, but only the owner of that particular Bitcoin can decrypt it with a “private key.”

Bitcoin has a significant community of developers and investors backing it for future growth, and it has been adopted by mainstream corporations such as Microsoft, Overstock.com, and Expedia. Since it is easy to buy and is supported by the top exchanges and wallets, Bitcoin is popular with both beginners and experts.

Ethereum is second to Bitcoin in market value. Created in 2015, Ethereum goes beyond being merely a digital currency. It is also a blockchain-based platform for developing decentralized apps and smart contracts.  And Ethereum offers an excellent platform for launching the Initial Coin Offerings (ICOs) for other blockchain projects. One other plus: Ethereum has a transaction speed of a few seconds versus the 10 minutes or more of Bitcoin.

Ripple is a unique Cryptocurrency. Released in 2012, it is both a Cryptocurrency and a digital payment network for financial transactions. It was set up to create a fast, secure, and economical way to transfer money. It differs from other currencies in that it allows for any currency to be exchanged and it connects to banks.

Its primary focus is on moving sums of money on a larger scale rather than person-to-person transactions. Unlike traditional international money transfers that can take about a week, Ripple can make it happen within seconds and at a significantly lower cost.

Bitcoin Cash was forked from the original Bitcoin in 2016 after its developer community could not agree on the changes required in Bitcoin’s code. BCH was created to improve specific features of Bitcoin by increasing the size of blocks, which allowed for more and faster processing of transactions. It was created to solve some of the existing problems of Bitcoin, namely scalability and transaction fees.

EOS is on the list of top Cryptocurrencies even though its platform was just launched in June of 2018. Its token was launched a year earlier. Most experts predict that it will be a direct competitor to Ethereum since it provides a platform for developers to build decentralized applications and smart contracts with a significant improvement in technology.

EOS should be more scalable than Ethereum because it uses an advanced mechanism to verify transactions. It is reportedly capable of completing 10,000 to 100,000 transactions per second!

Cardano was created in September of 2017 by Charles Hoskinson, who is Ethereum’s co-founder. Like Ethereum, Cardano has been developed as a platform for decentralized apps and smart contracts.

Just like EOS, the difference between Cardano and Ethereum shows up in its technological improvements. Cardano is considered among the most advanced generation of blockchain technologies and is supported by an academic community of global researchers and scientists contributing to its blockchain development. 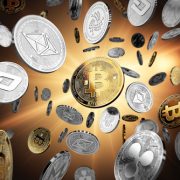