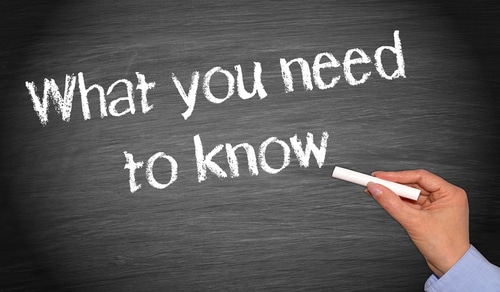 It’s named the Setting Every Community Up for Retirement Enhancement (SECURE) Act, and it’s designed to help you and other Americans save for retirement. Any attempt to make it easier to save for retirement is a good thing—at least on the surface. After all, about one-third of all Americans are not saving anything, and there are two primary reasons for that: Many workers do not have access to employer-sponsored plans and part-time workers aren’t eligible to participate where there are plans.

If it passes, the new legislation will make it easier for more individuals to have access to retirement plans. But before you start cheering and sending up the balloons, there are parts of the act that might concern you. Read on:

The “Stretch IRA” would be eliminated

As it stands now, when you inherit an IRA from a parent, you can “stretch” the required minimum distributions (RMDs) across the years of your remaining life expectancy. The SECURE Act would do away with the stretch period and replace it with a 10-year timeframe, which would result in substantial chunks of income and more significant amounts of taxes owed.

Because the government is getting those tax-deferred dollars at a faster pace, they could be taking as much as one-third more of the Inherited IRA’s funds than under current regulations, which will significantly decrease a beneficiary’s total income from their Inherited IRAs over their lifetime.

Another downside: parents who Inherit IRAs will see an increase in their taxable income. That extra income could be enough to keep them from getting financial aid to help pay a child’s college tuition.

While spouses would be exempt from the new rule and may continue to stretch distributions over their lifetimes, there is also a hitch with that. The SECURE Act proposes to increase the age for RMDs from 70 ½ to 72. After a spouse becomes widowed, they must then file in the single-filer tax bracket. As they get older, distributions are allocated in larger amounts, and their taxable income increases, leaving them with less income.

Annuities are included as a payout option

This provision has the insurance industry’s stamp all over it. Insurance companies reported sales of over $230 billion in 2018, and they are eager to add to that figure. What’s wrong with that? Read what David Moon, a columnist with Knox News, thinks about it in a May 30th post:

“The real purpose of the bill is to make it much easier to sell annuities within 401k plans. Period. It is a piece of insurance company legislation jokingly masquerading as something to help the little guy. In reality, it does the exact opposite. It makes the least sophisticated investors more susceptible to some of the most expensive, complex and illiquid financial products ever created.”

Moon continues: “The insurance industry even managed to have the bill require (yes, require) plan sponsors to essentially include an annuity advertisement in annual participant statements. This ‘lifetime income disclosure’ would project how much money a person might receive if he moved all his 401k assets into an annuity. The bill also provides legal protection for employers if (Surprise! Surprise!) those projections prove to be overly optimistic.”

Some positives from the act

The act removes the age limit for contributions to a Traditional IRA and allows penalty-free distributions from retirement plans of up to $5000 in the event of childbirth or adoptions. And, while it broadens the use of 529 plan funds, the act does not allow them to be used for homeschooling expenses. This exclusion is keeping SECURE tied up in the Senate after having passed the House by an overwhelming margin.

Perhaps the most prominent provision of the act is to treat open multiple employer plans (MEPs) as one plan. This change would help small businesses to afford and offer retirement benefits. It also allows part-time employees to participate. And while this is a plus for part-timers, many believe that this change—even with its $500 tax credit—will be so costly for small businesses that they will stop offering retirement plans altogether.

The upshot of the SECURE Act

These are only a few knotty issues with the act, but they could upset the plans you have made to give your beneficiaries financial security after you are gone. It becomes even trickier when you consider that the insurance industry would seem to benefit more than retirees when annuities are included in the mix.

We at American IRA want what is best for you

Do you believe the SECURE Act is the best that Congress can give to hard-working Americans who have diligently saved funds for their retirement? Or will it do more damage than good? 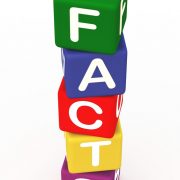 What Are the Benefits of a Self-Directed IRA in the Form of a Roth IRA?

Being a Home-Town “Angel Investor” With Your Self-Directed IRA 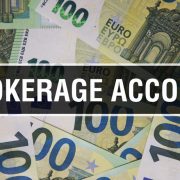 Essential Rules for Brokerage Accounts within a Self-Directed IRA

The Solo 401(k) Plan for the Self-Employed