To look more closely at this issue, let’s consider some of the following points:

According to data from last year, one out of three Americans had $0 saved up for retirement. You didn’t read that wrong: zero.

It’s possible to read this as a simple inability of many Americans—living paycheck to paycheck—to stock money aside. After all, there are bills to pay. But a Self-Directed IRA may offer another possible advantage for those who are usually unable to put aside money: it allows investors to invest in retirement while putting money aside for what’s important to them. Rather than choosing from a predetermined list of mutual funds, investors with a Self-Directed IRA have more freedom to leverage their own experience. An investor may even choose to use a Self-Directed IRA for gold and silver to create a retirement account that will hedge against inflation.

…Self-Directing may make it easier to take advantage of the tax protections with a retirement account.

For starters, one thing investors should know is that a Self-Directed Roth IRA, for example, is not going to have anything fundamentally different from the usual Roth IRA arrangement. A Roth IRA is a Roth IRA. However, if you do use a Self-Directed Roth IRA to invest in non-traditional assets, such as real estate and precious metals, then it may be possible to use those tax protections in ways you wouldn’t if you were to invest solely in mutual funds.

For example, investing in real estate makes it possible for investors to use non-recourse loans within a Self-Directed IRA; this isn’t something you would typically do with an IRA that you have through an employer. This adds more options to your portfolio and gives you a greater degree of control in how you use the tax benefits of an IRA.

…you’d be surprised at how much money has turned toward Self-Directed IRAs over the years. According to Pew Research, there was a large increase in funds that moved towards alternative investments during the period from 2006 to 2016. This suggests that investors are beginning to see the economy in a different way. And those investors who are able to incorporate a diversified portfolio into their retirement plan may be at an advantage. That’s something that people with Self-Directed IRAs can do easily, which incentivizes that kind of diversification for long-term growth. As such, many Self-Directed IRA investors may be more diversified and prepared for an economic crisis than the ordinary investor. But that’s not to say the principle applies to every investor. With a Self-Directed IRA, you’re in control.

The Advantages and Regulations for Self-Directed Gold IRAs 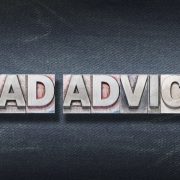 Are There Five Funding Options for Self-Directed IRAs?

Why Do People Use Self-Directed IRAs for Precious Metals

Yes, Call Me!Why American IRA?
What They Have Not Told You About Self-Directed IRAs: The Facts