A new proposal known as RISE—Retirement Income Security for Everyone—has made the media rounds as of late. The idea, espoused at WeCanRise.com, might sound like social security, but it would in fact be a completely separate proposal. And it is a proposal that investors in Self-Directed IRAs should know about.

We found out about RISE due to a recent piece at MarketWatch. In the piece, author Alicia H. Munnell pointed out how the RISE proposal is supposed to work. Under RISE, the Treasury would issue bonds for each baby born. The money raised by these bonds would then be invested with an eye on returning over 7% each year. After twenty years, the bonds themselves would be paid out of the accrued money, with the remainder left over to grow for fifty years. Upon turning seventy, investors would then begin receiving a monthly benefit out of the RISE system—an income that theoretically would last as long as the individual lives, retired or not.

Munnell ran the numbers on such a proposal and found that the investment would still be dwarfed by social security benefits. An average bond of $7,000, for example, would only produce about $8,000 per year in 2020 numbers, according to Munnell.

Although the idea sounds like a potential way to create a “free lunch,” in Munnell’s words, for retirees, the complications of investing render it difficult to predict whether RISE would create a substantial income for people of retirement age.

If those numbers are accurate, it suggests that even if RISE became official federal policy, it would be difficult to imagine how much it would affect Self-Directed IRA investors. Ostensibly, many Self-Directed IRA investors are looking to sock away much more money for retirement. This means that an additional $8,000 per year would help, but it would not make much of a dent compared to the overall needs of most retiring individuals.

And when would RISE come into effect? Considering that the investments from these bonds would require 70+ years to reach retirement viability—if they ever do—then it suggests that anyone currently saving for retirement would not be able to partake in this system.

In other words, RISE will not affect current investors. Investors should look to other government policies, such as tax regulations, to get an idea of federal policies that will have a more bottom-line impact on their retirement prospects.

What About a Minimum Income?

A minimum federally guaranteed income is another policy that some people advocate putting in place, and this could have a much more immediate impact on the bottom line of those seeking to retire. For Self-Directed IRA investors, many of whom are looking to build retirement income for themselves, this is not something that should be relied upon. After all, there is no telling how different government administrations and U.S. Congresses will treat the “freedom dividend,” as some have called it. And this uncertainty can be difficult to factor into a Self-Directed IRA plan.

American IRA is a Self-Directed IRA administration firm and not an investment advisor, so we never tell you where you should put your money. However, we do think it is worth reading up on these potential policies and understanding what kind of impact they can have on retirement investors, including yourself. The more you know about what is coming down the pipeline, the better you will be at understanding what you can do in retirement, given your current age and financial levels. 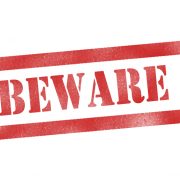 Self-Directed IRA Tips: Conducting Due Diligence on Partners and Developers

Early Distribution from Your Self-Directed IRA