The 401(k) plan is a recognizable one for many investors. Investors across the United States recognize it as an employer-sponsored plan that allows them to put aside a certain amount of money from their paycheck every few weeks toward their retirement, potentially helping them save in the short-term because of the tax-deductible nature of the contributions towards retirement. But when people hear the phrase solo 401(k), it can throw them for a loop. After all, how many people are used to the idea of keeping a 401(k) plan that has no connection to an employer?

The Solo 401(k) plan is simply a “one-participant” 401(k) plan, an independent 401(k) plan that lets you make contributions to your retirement under the same rules as the 401(k) provision. What this means is that you can secure your own 401(k) plan, provided that you meet the eligibility requirements. More on that in the next section.

Why would someone seek out a Self-Directed Solo 401(k) plan? Well, there are two elements here. The first is that a Solo 401(k) plan allows you to make high contributions towards a retirement plan, which is beneficial for anyone who wants to put aside a lot of money toward retirement. The second is that there is a self-directed element that we keep talking about in which you retain control over the account, working through a custodian to make sure that the account is properly administered. Both elements of this plan give you a high degree of freedom for retirement investing. With a self-directed account, it’s possible to invest in a wide range of assets from real estate to private companies to certain types of precious metals.

Who is Eligible to Use a Self-Directed Solo 401(k)?

While you might recognize the importance of potentially using a Solo 401(k), the next question becomes simple: who can use them? They’re not necessarily the best choice for everyone, and some people might not even be eligible to use them. However, if you know the rules, you can better understand if this might be an account that makes sense for you.

These are the two basic requirements that set the foundation for who’s eligible for a Self-Directed Solo 401(k) plan. In basic terms, it means that you have to be self-employed to establish solo retirement contribution status, and that you do not have additional employees as part of your self-employment arrangement. If you do have employees, an account like the SEP IRA or the SIMPLE IRA might be a more appropriate choice, as these remain eligible for using as a self-directed retirement account in the presence of full-time employees at your business.

Want to know more about how Self-Directed Solo 401(k) plans might work, and who is eligible for them? Continue reading up on these account types here at American IRA. You can also reach out to us directly to learn more about American IRA as a Self-Directed IRA administration firm at 866-7500-IRA. 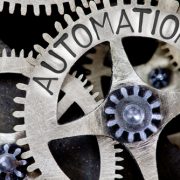 Need More Money? Utilize One of the Greatest Benefits of a Self-Directed Solo 401(k)!

Save More For Retirement With a Self-Directed Solo 401k

Solo 401(k) vs. Self-Directed SEP IRAs: Which is Better for Freelancers?