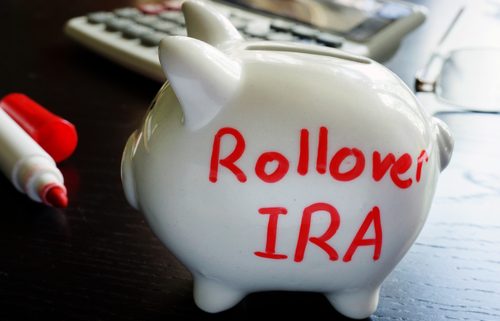 A couple of years ago a lot of Self-Directed IRA owners and even advisors believed believed you could execute an IRA rollover once per year for every account. But that is not the case. The fact is that Self-Directed IRA owners can only execute one IRA rollover per year per taxpayer. If you blow that rule and attempt to take multiple rollovers, you could face serious tax consequences: Including the loss of retirement savings.

Worse, the IRS does not provide any remedy for avoiding the penalty once the prohibited rollover happens. There’s no ‘take-backs’ or do-overs.

You can make only one rollover from a Self-Directed IRA to another (or the same) IRA in any 12-month period, regardless of the number of IRAs you own (Announcement  2014-15 and Announcement 2014-32). The limit will apply by aggregating all of an individual’s IRAs, including Self-Directed SEP IRAs and Self-Directed SIMPLE IRAs as well as traditional and Roth IRAs, effectively treating them as one IRA for purposes of the limit.

If you withdraw funds from an IRA or Self-Directed IRA thinking you are going to roll the funds over to another IRA, and you later learn that you are ineligible because you already did your one allowable rollover for the year, you are facing a taxable distribution of the entire IRA.

That is, you will not even have the Self-Directed IRA by the time the IRS done with you, and you will probably be looking at a big tax bill – especially if the IRA was something other than a non-deductible IRA.

To add insult to injury, if you are under age 59 ½, you are also facing a 10 percent early distribution penalty on the entire pre-tax account.

That is right: You do not pay a 10 percent penalty on the amount you get to keep after taxes; you must pay the ten percent on the full gross (pre-tax) amount distributed.

Wait… it gets even worse.

If, having taken a prohibited distribution, you try to deposit the funds into a new Self-Directed IRA or conventional IRA account thinking you are just going to do a normal rollover, you will instead have an excess IRA contribution on your hands, with a whole new layer of penalties.

The IRS can occasionally cut some slack on the 60-day rule. But Congress gave no waiver authority to the IRS when it comes to the single rollover rule. Do not bother trying to appeal it: The IRS is simply not allowed to bend the rules on this one.

To avoid the penalty, do not get involved. You can still make multiple rollovers as long as you use the trustee-to-trustee method, in which you transfer assets directly from one administrator or custodian to another, and do not attempt to take possession of the funds using a 60-day rollover.

What are the Lesser-Known Investment Options with a Self-Directed IRA?

How Does a Self-Directed IRA Actually Work?

Schedule NowWhy American IRA?
Getting Started with a Self-Directed IRA