ERISA stands for “Employee Retirement Income Security Act of 1974.” This was a federal law passed to encourage Americans to save for their own retirement security, as well as to provide a framework for employers to establish and contribute to employer retirement plans.

ERISA also established the IRA as we know it, though the Roth IRA and the 401(k) plan both came later.

This federal law establishes a number of minimum requirements for employers who want to sponsor retirement plans for their workers.

Not all workplace benefit plans are ERISA plans. Congress carved out certain plans, such as non-qualified executive compensation. When you hear the term “non-qualified,” it generally refers to one of these plans.

Also, an IRA is not considered an “ERISA plan” or a “qualified plan,” because they are individual plans, not employer plans.

Certain small business retirement plans, including SEP-IRAs and SIMPLE IRAs, are exempt from most ERISA requirements. They are covered under ERISA but were established by Congress to be much simpler and easier for small businesses to administer than full-blown ERISA plans. So, these plans are not subject to the same administrative burdens as most ERISA retirement benefit schemes.

While ERISA imposes some significant administrative burdens, ERISA plans also have some important benefits. For example. ERISA plan assets are generally exempt from the claims of creditors.

Assets in non-qualified executive compensation plans, for example, would be subject to the claims of the employers’ creditors, if the company had to declare bankruptcy. The employer bears a substantial risk of loss in that event. Otherwise the contribution would be taxable!

If the employee had contributed to a 401(k) or SIMPLE IRA plan instead, the asset would be exempt from the claims of both the employers’ and the employee’s creditors, even in the event of bankruptcy. 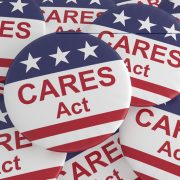 What the CARES Act Means for Self-Directed IRA Owners

What Should You Tell People Who Don't Understand the Self-Directed IRA?

Schedule NowWhy American IRA?
How to Use a Self-Directed Precious Metals IRA to Ensure a More Complete Po...